In times of crammed cabins, overbooked flights and filled overhead bins sometimes we can be surprised: The cabin is completely empty. 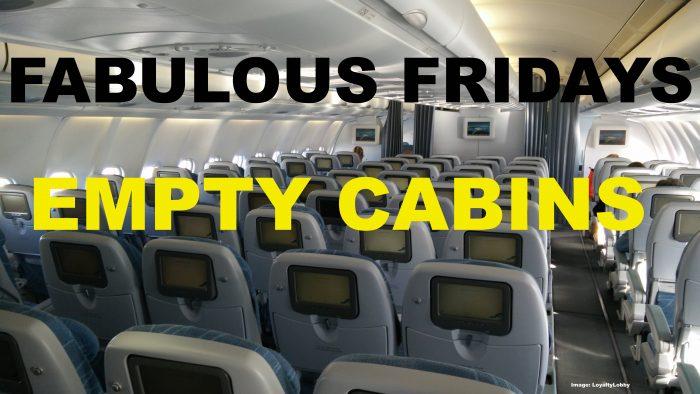 It’s a welcome change to have a peaceful, quiet flight once in a while without the madness that usually comes with Economy Class travel.

The above image we took on a flight from Brussels to Helsinki this week. As you can see there is plenty of privacy for the few passengers on board.

The last time this happened to me I was on a flight from Bangkok to Frankfurt on Christmas Day and there were 42 people in Economy, 9 in Business and 4 in First. Considering there were only 8 seats in First Class one could say that our cabin was the most congested one as far as the ratio passengers vs seats goes.

Last month a story made the rounds where a Chinese woman found herself all alone on a China Southern flight after all other passengers had been rebooked by the airline following a cancellation.

Zhang, who was flying during the busy Chinese New Year holiday, posted photos of herself and flight attendants on the plane on China’s social media website Weibo.

“I’m the only one on the plane! Yes! Just myself as the passenger! And the whole crew! I feel filthy rich!”

So how did she manage this one-in-a-lifetime “private jet” experience?

According to FoxNews, Zhang’s flight was delayed for 10 hours due to an unexpected snowstorm.

Most of her fellow passengers had already caught another flight – leaving her as the only person on board.

I guess sometimes people just luck out and have such a ‘once in a lifetime’ experience.

It’s always fun to be on a flight that is a bit different that what we’re used to otherwise. Apart from that I really like it quiet without unnecessary disturbances so this would be the ideal situation.