This week, Fabulous Fridays takes place at the Grand Hyatt Incheon, South Korea where I stayed a few times over the past two months and was positively surprised about the quality of the Grand Club F&B.

Despite having a well assorted F&B portfolio at the West Tower lounge, one evening they even served oysters during the cocktail hour.

Yes you heard that right. Oysters at a Grand Hyatt Club Lounge. It was borderline surreal. That being said after returning from the Grand Hyatt Tokyo recently I was also positively surprised how well the Grand Club catered to it’s guests.

One shouldn’t forget though that the Grand Hyatt Incheon is a Cat 2 property for 8000 GP Points per night or 4000 GP + 50$ cash and points. It must be one of the best redemption options out there.

Here is a picture of the liquor assortment: 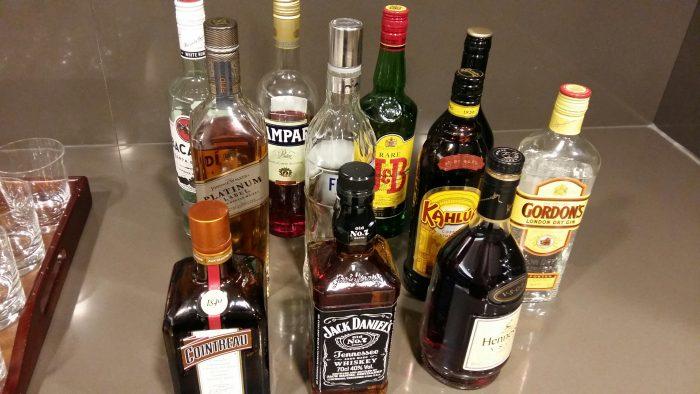 Johnny Walker Platinum Label at a club lounge is respectable. i wish they could replace Gordon’s Gin with Bombay or Tanqueray though.

Overall the Grand Club at Grand Hyatt Incheon is quite beautiful, keep in mind the hotel operates two towers. This was the new West Tower where Diamond Guests would always stay.

The older East Tower is the former Hyatt Regency Incheon and connected through a skybridge. I wanted to have a look at the club there as well but it was closed when I was there. The spread might not be the same.

Every now and then you come across a Club Lounge that has really good items during their Cocktail Hour including both Food and Beverage. Though Hyatt is known for good F&B their club lounges don’t always convince me that a certain brand standard exists. The Hyatt Regency Tokyo could be mentioned as a pathetic example of a club lounge cocktail hour. They could just as well lock it down.

Ritz Carlton has great Clubs but the access is usually only available if you pay, even for their top tier members. It keeps the standard high however so you can’t really argue against it from a paying guest point of view.