Henley & Partners releases yearly Visa Restriction Index (access here) that measures the ability of passports holders from 199 nations to roam in maximum of 219 destination countries without (too much) red tape. 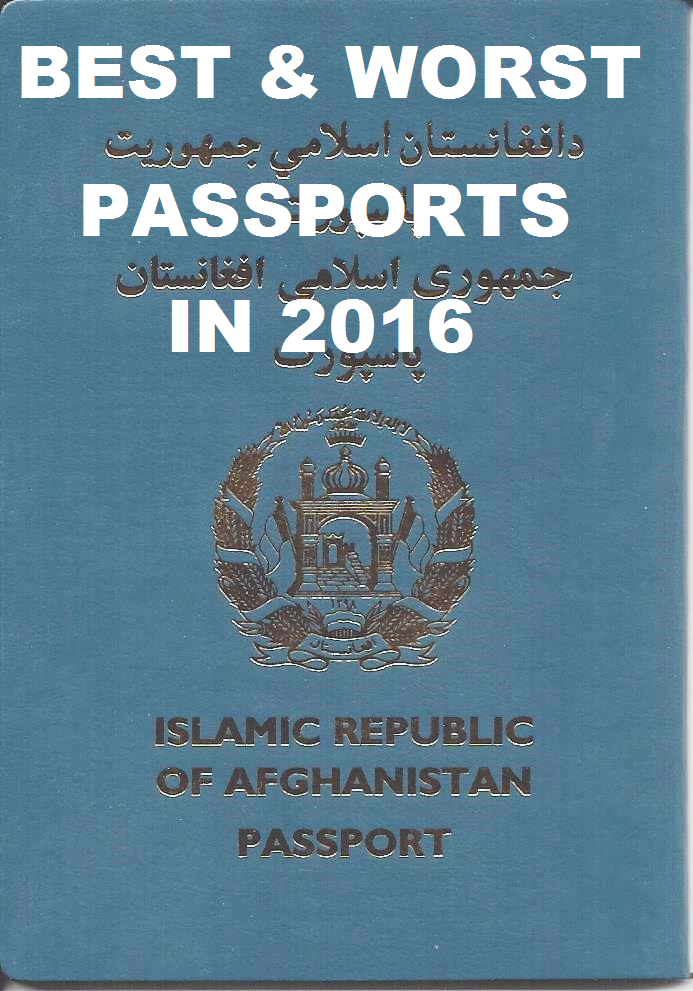 The developed nations top the list and the least free to travel are those from Libya, Syria, Somalia, Iraq, Pakistan, and Afghanistan.

CNN run a story (access here) of which you can find an excerpt below:

The United States, which ranked first in 2014 and 2015, has now dropped to fourth place.

Immediately behind Germany, holding its position as runner-up for the second year running, is Sweden with visa-free access to 176 countries.

Finland, France, Italy, Spain, and the United Kingdom — which had topped the list since 2013 — are now tied for third place, making Northern and Western European citizens the most privileged in international travel.

Japan and South Korea were also among the group in the top three in 2014 and 2015, but have slid down to fifth and sixth place respectively this year.

Belgium, Denmark and Netherlands stand alongside the U.S. in fourth.

And here’s the Henley & Partner report:

I couldn’t imagine doing what I do if I had to spend most of my time applying for various visas.

Last year, I visited and stayed at more than 40 countries and didn’t have to deal with visas except Iranian visa on arrival at the Tehran’s airport.

The more developed and politically stable the country is the less likely its nationals are trying to emigrate other countries illegally and thus no needs for visas.