Singapore Airlines took delivery of it’s first Airbus A350 Extra Wide Body (XWB) aircraft this week which will enable the carrier to pick up their abandoned super long haul routes again at a later time. 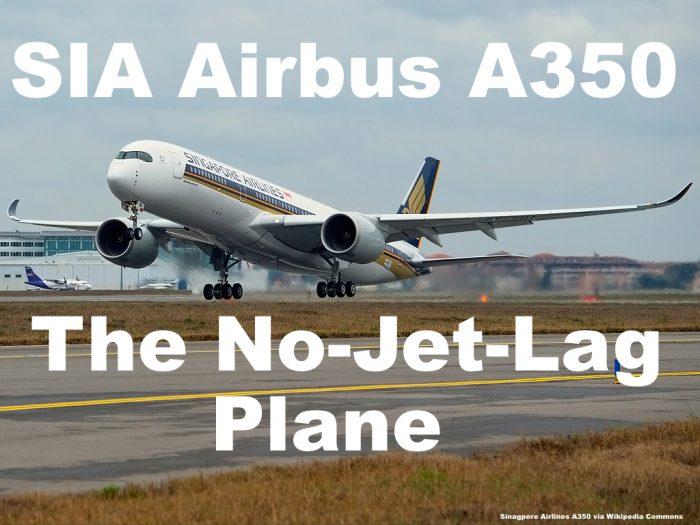 But not only that, the aircraft is equipped with new technology for more comfortable cabin ambiance including humidifiers, pressurization and lighting techniques.

Airbus already revolutionized cabin comfort when rolling out the Airbus A380 which came with a large reduction of noise level and more humidified cabins. The manufacturer pledged to make the A350 even better and many passengers await anxiously how well they did their job designing this beautiful new aircraft.

Conde Nast Traveler (access here) had a piece on this topic this week.

Much like its competition, the Boeing 787, the Airbus A350 is capable of pressurizing the cabin to a more comfortable level than standard, easing any jet lag and helping you to feel more yourself. There’s also a humidification system to decrease skin flakiness, throat scratchiness, and dry eyes. (After waking up from a nap, I didn’t need to immediately ask for a cup of water because my mouth wasn’t dry. I may have even drooled a little.)

An LED lighting system with the potential to create 16.7 million shades of color simulates natural phases of the day, all to stave off jet lag. Flying eastward from Europe, it quickly got dark, but the passengers were still on European time and only just ready for dinner. The colors of sunset were simulated in the cabin as we enjoyed dessert, playing to our natural body clocks and getting everyone in the mood for sleep. Throw in an air management system that renews the air every two minutes while helping regulate cabin temperature, and sitting onboard an A350 may be less harsh on your body than hanging out at home.

I really like flying on the A380 such as on the Singapore Airlines route from Los Angeles to Tokyo last week. No matter in which class of service but you arrive much more rested compared to other aircraft.

From the authors experience it sounds like that Airbus has really stepped up their game in designing the A350 with features that contribute even further to comfortable travel.

This will also play a big role when Singapore Airlines will pick up their previously dropped super long haul flights such as Singapore – Los Angeles or Singapore – New York again.

Singapore discontinued their previous record holder for “world’s longest flight” in 2012. The 19-hour, all-business-class route between Singapore and Newark was a doozy, but saved travelers from inconvenient and tiring airport stopovers en route.

At the Airbus factory in Toulouse on Wednesday, Singapore Airlines CEO Mr. Goh Choon Phong confirmed its return, and more: “The A350 will be a game changer for us, allowing for long-haul flights to new destinations on a non-stop basis…including New York, Los Angeles, and a third point to be announced later.” Rumors point to Houston, San Francisco, and Chicago as contenders for that service.

I have flown these routes a couple times when SIA was still operating them and i didn’t mind being on the plane for that long, in fact if a passenger can sleep well onboard I don’t think such long flights are a big issue. It sometimes depends if you prefer to have a connection or to save time, every passenger is different in that regard.

I’m looking forward to fly on SIA’s new A350 sometime soon. Qatar Airways, Finnair, TAM and Vietnam Airlines have also received aircraft of this type even though I don’t like any of these carriers very much for the one or other reason so I will be patient and wait for my turn until Singapore Airlines introduces a suitable route for me to try.

Airfare of the Day [Business Class] SINGAPORE AIRLINES Paris to Bangkok from 1,417€