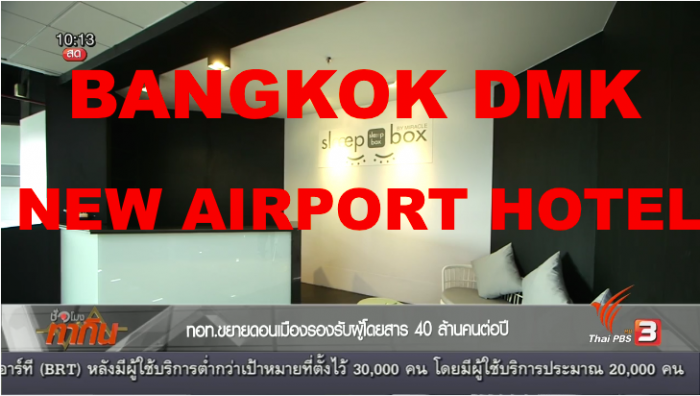 Don Mueang Airport in Bangkok is popular for Budget Airlines such as Air Asia, Air Asia X, Scoot and Thai domestic airlines. It is about 40km distance to Bangkoks Main Airport and 26km to the city center.

For those who wonder, we receive many messages and emails asking about Bangkok airport transfers and overnight options such as transit and airport hotels. Not only for Bangkok but it’s one of the most popular destinations and ready inquiries.

AOT director Nitinai Sirismatthakarn said the opening of Terminal 2 will enable the airport to adequately  accommodate up to 30 million passengers a year.

After the opening the second terminal, he said AOT will then renovate the first terminal to be more modernised. He said Terminal 2 which is scheduled to open on Friday is filled with restaurants and stalls and toilets at 44 locations.

Besides, he said, AOT will also open “sleep box” service at Terminal 2 to serve night passengers who have to wait for late night flights.

There will be 25 sleep boxes altogether, but initially only five will be on service, he said.

The service fee will be based on hours spent.

How does this product look like? We got a glimpse through the TV report. 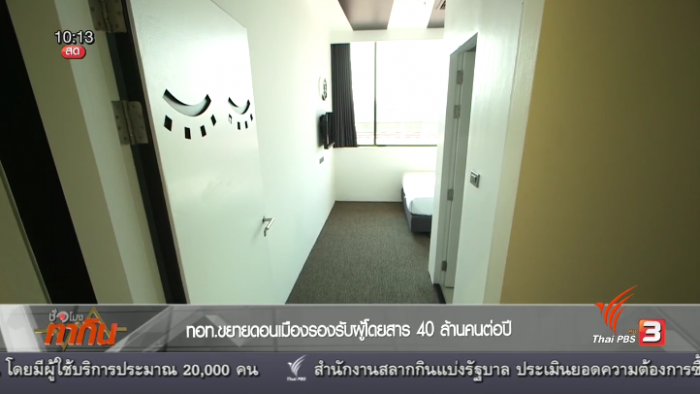 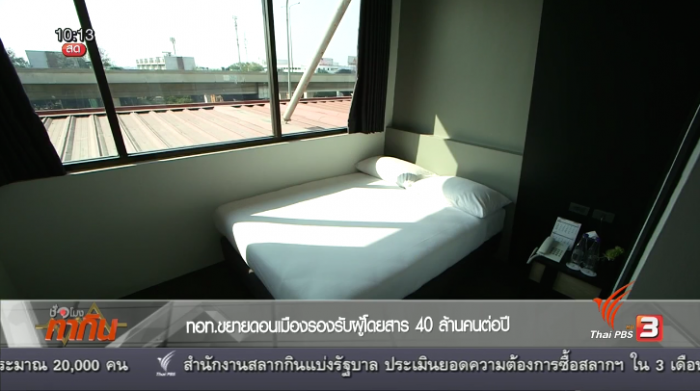 As you can see the room is pretty basic and I’m not sure how quiet either of these 25 ‘Sleep Boxes’ are but it’s a decent option.

What about the price?

Sleep Box rates start at THB1,000 for the first three hours with an additional THB200/hr thereafter. A whole night will run THB1,800 which is about the price of 3.5* non chain hotel in the city.

Should you require just shower you can take advantage of this for a nominal fee of 300 THB.

The price is reasonable but if you spend more than a few hours then you might want to consider staying in the city instead.

I’ve used Don Mueang twice and didn’t find it to be a very nice experience. With the opening of Terminal 2 it might be much better so maybe I pay them a visit sometime when I need a Scoot or Air Asia flight again. 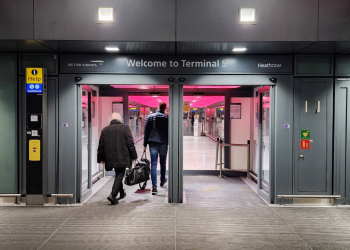 There will be more havoc for those trying to enter the UK on select dates around the year-end holidays when...