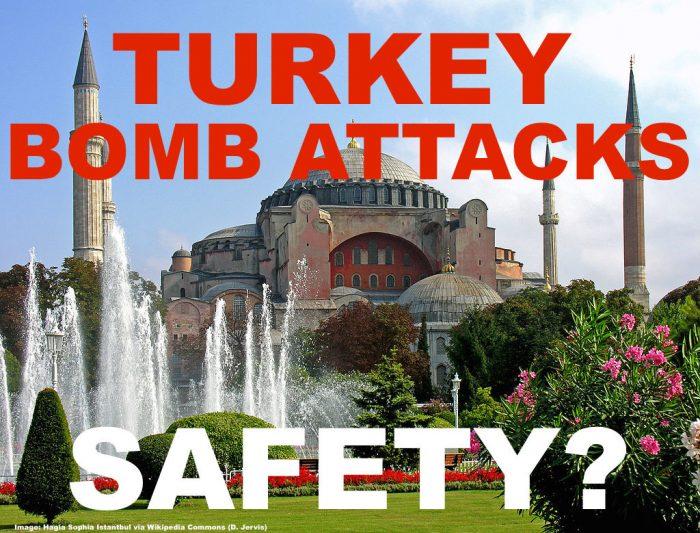 Considering Turkey is a popular tourist destination as well as Istanbul being a frequented transit hub for national carrier Turkish Airlines many wonder how safe it is to travel to Turkey these days.

Turkey faces immense internal security problems for quite some time and this was the third bomb blast in 2016 alone which leaves many wondering about the risks associated with spending time in Turkey.

At least 34 people have died after a car bomb exploded in the Turkish capital Ankara, less than a month after a suicide car bomber killed dozens of military personnel and civilians in the city.

Mehmet Muezzinoglu, the health minister, said 30 of those killed had died at the scene, while the four others died in hospital. At least one or two of the dead were attackers, he said. He added that at least 125 people were being treated in hospitals, with 19 in a serious condition. The Ankara governor’s office also confirmed that the explosion was caused by a car bomb. …

According to local broadcaster TRT, a car exploded near a transport hub in an area that also houses many administrative buildings, including the justice and interior ministries, a court and a police station. A large number of fire engines and ambulances have rushed to the scene. There were reports of burnt-out busses and damage to several buildings. …

Business and trade groups condemned the attack. “The struggle of our government against terrorist organisations has come to such a point that those groups are barely able to survive,” said Ibrahim Çağlar, head of the Istanbul Chamber of Commerce (ITO). …

On 11 March, the US embassy in Ankara issued a warned about a potential terrorist attack that might target Turkish government buildings.

The Turkish government is locked in a fight with Kurdish separatist groups that spans over decades. Last month a pro Kurdish militant group issued a statement with a threat announcing they could not guarantee for the safety of foreign tourists or airlines. Scary!

“From now on, the AKP [the ruling Justice and Development party] and its collaborators won’t be able to live in a fascist dictatorship so comfortably in their own city. As of now, we won’t be responsible for the safety of international airlines that fly to Turkey, or for foreign tourists,” the group wrote in a statement last month.

Governments are warning their citizens nowadays with a sharper tone about safety concerns even though I haven’t seen an actual travel warning yet.

Here are some Turkey travel advisories to consider:

Australia suggests to exercise a ‘High Degree of Caution’ as ‘Terrorist attacks can occur anywhere at any time in Turkey.’

If you plan on traveling to Turkey or have second thoughts about your plans my suggestion is to monitor the media closely. Should you wish to cancel your trip you might want to contact your tour operator/airline/hotel to see if they have specific travel waivers in place or might offer a free change/cancellation on an ad hoc basis.