This year I had a couple connections that could simply be described as ungodly and somewhere in the middle of my trips I kicked myself for booking such flights until I started to just reserve Transit Hotels. 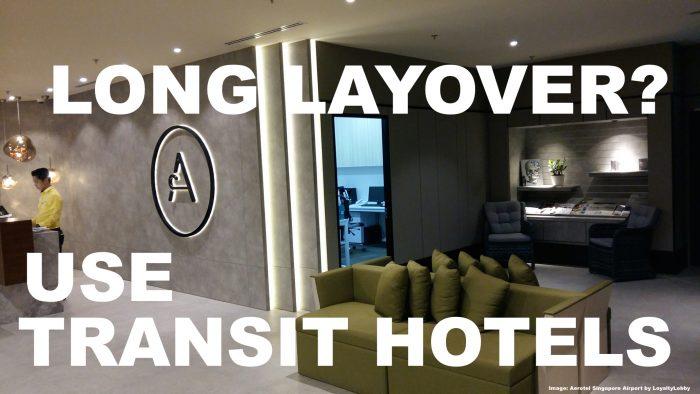 Transit hotels can vary greatly in quality and price so it’s imperative to consult Tripadvisor before booking the facilities.

I want to use my most recent example from two days ago when I booked the Aerotel Singapore Changi Airport Terminal 1 (access their website here) to show you how the experience can be.

Whenever you plan to use a Transit Hotel I strongly recommend to make a reservation in advance because these hotels are almost always booked. It also helps you to get a much better price.

I booked the Aerotel through hotels.com and paid only 36$ after using a 10% off coupon for a 6 hour use period.

I used the Crowne Plaza Changi Airport multiple times before but that night it was 270 SGD per night and I simply don’t want to spend that for a 5 hour stay. I arrived at 7pm that evening and had a dinner with my friend in the city after which I returned to the airport and proceeded to the transit hotel. Keep in mind the hotel is airside within the semi-sterile area (semi-sterile because in Singapore security is done at the gate but it’s within the Immigration Clearance Zone).

Following are some impressions from the hotel. The featured image shows the Lobby.

Escalator in Terminal 1 up to the Aerotel (D Gates):

This was the room I booked (Single Room with common bathroom/shower): 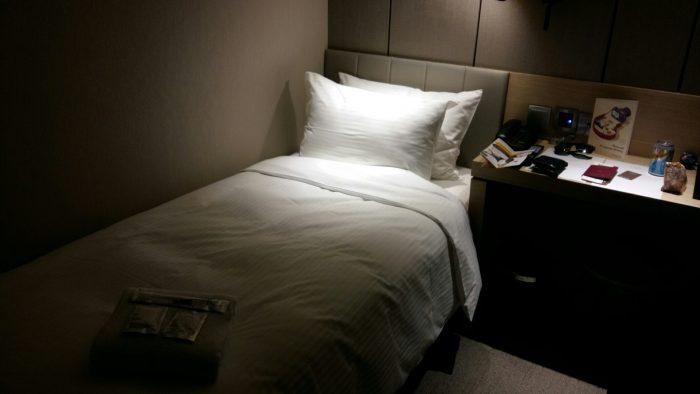 I initially planned to just use the shower at the Singapore Airlines First Class Lounge but the ones that Aerotel had were perfectly fine and clean so that I finished up there before heading to breakfast at the lounge and subsequent departure.

Some information material was provided with the check-in:

The hotel advertises free internet but all I got was the Free WiFi Changi Airport signal for which I registered in advance at the Information Counter using my passport. I recommend doing that because there was no extra signal.

I have to say two things to keep a balanced assessment of this stay. It was pretty comfortable and certainly worth paying only 36$ for a couple hours rest. Some airport lounges have sleeping/rest facilities for their First and Business Class passengers. Singapore Airlines does not so I chose this option. The problem was that due to the fact that these rooms are rented out on 6h basis there was a constant traffic of people as well as housekeeping and you could hear that very well. I was only able to sleep about 3.5 hours. Better than nothing but important to note.

Don’t underestimate the value of a couple hours sleep. Even though it might sound easy to say ‘I’ll wait it out at the lounge’ having a long layover, especially overnight will likely screw you up the next couple days if you don’t rest properly. Don’t save at the wrong end if the price is as small as in this case.

Some transit hotels like Doha charge beyond 200$ per night, that is simply nuts! I’d probably think about that twice as well though depending how long my layover is.