The uncertainty surrounding who will purchase Starwood Hotels & Resorts came to a likely end late yesterday when Anbang withdraw its bid. 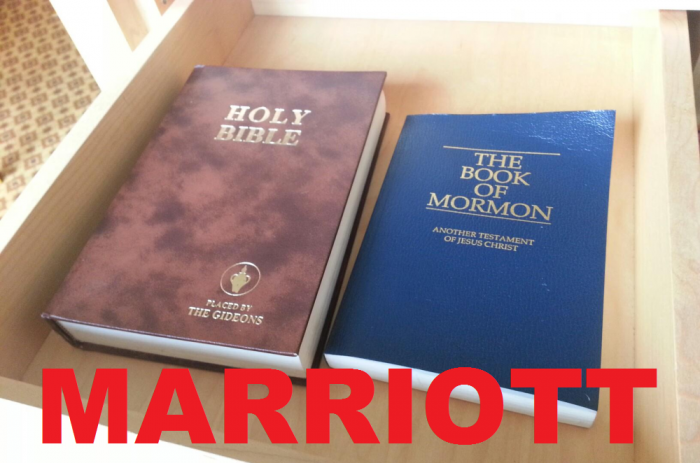 It is now all but certain that Marriott’s purchase will get approved by the shareholders’ vote that is scheduled for next week.

Here’s an excerpt from Fortune (access the entire article here):

Starwood had seemed willing to do a deal with Anbang, which was leading an investment group that also including private equity firms JC Flowers and Primavera Capital. But according to sources close to the deal, relations between Anbang and Starwood had recently chilled. Anbang executives were growing increasingly frustrated by the fact that Starwood had yet to officially accept their offer, despite saying saying it was the better bid. According to the source, as recently as yesterday, Anbang’s chairman Wu Xiaohui expressing his growing anger that the deal hadn’t been accepted and has started talking about walking away.

Here’s the announcement from Starwood:

STAMFORD, Conn.–(BUSINESS WIRE)– Starwood Hotels & Resorts Worldwide, Inc. (NYSE:HOT) (“Starwood”) today announced that the consortium consisting of Anbang Insurance Group Co., Ltd., J.C. Flowers & Co. and Primavera Capital Limited (the “Consortium”) has informed Starwood that, as a result of market considerations, it has withdrawn its non-binding proposal to acquire all of the outstanding shares of common stock of Starwood for $82.75 per share in cash and does not intend to make another proposal.

Starwood’s Board of Directors continues to unanimously support the existing merger with Marriott International, Inc. (NASDAQ: MAR) (“Marriott”), which will create the largest hospitality company in the world.

Bruce Duncan, Chairman of Starwood’s Board, stated, “Throughout this process, we have been focused on maximizing stockholder value now and in the future. Our Board is confident this transaction offers superior value for Starwood’s stockholders, can close quickly, and provides value-creation potential that will enable both sets of stockholders to benefit from future financial performance. We continue to be very excited about the combination of our two companies and are committed to completing this deal in an expeditious manner. We are confident Starwood stockholders will support a merger that will create the world’s best and biggest hotel company and which offers significant long-term upside for not only our stockholders, but also our company and associates.”

Thomas B. Mangas, Chief Executive Officer, continued, “We are excited to be part of the world’s largest hotel company with an unparalleled platform for global growth. The existing merger agreement provides substantial value to our stockholders through significant upfront cash consideration and long-term upside potential from projected shared synergies, including $250 million in cost synergies and significant revenue synergies, as well as ownership in one of the world’s most respected companies.”

Under the terms of the amended merger agreement, as announced on March 21, 2016, Starwood shareholders will receive $21.00 in cash and 0.80 shares of Marriott Class A common stock for each share of Starwood common stock. Excluding Starwood’s timeshare business, the transaction values Starwood at approximately $13.3 billion ($77.94 per share), consisting of $9.7 billion of Marriott stock, based on the closing price of $71.18 on March 31, 2016, and $3.6 billion of cash, based on approximately 170 million outstanding Starwood shares. Starwood shareholders will own approximately 34 percent of the combined company’s common stock after completion of the merger, based on current shares outstanding.

Starwood stockholders will separately receive consideration in the form of Interval Leisure Group (NASDAQ: IILG) (“ILG”) common stock from the spin-off of the Starwood timeshare business and subsequent merger with ILG, currently valued at $6.13 per Starwood share, based on ILG’s share price as of market close on March 31, 2016 (the “ILG transaction”). The amended agreement and the ILG transaction have a combined current value of $84.07 per share of Starwood common stock.

It certainly seems now unless there is very last minute bidders around that Marriott will be the purchaser of the Starwood Hotels & Resorts in due course.

I would expect the Starwood Preferred Guest (SPG) program to run on its current form at least until the end of 2017 if previous purchases by Marriott (Delta & Protea) are any indication.

Although Marriott leadership has tried to give lip service to SPG elite members, I would assume that many will leave after integration to Marriott Rewards is set.

You may wonder why I chose to use the feature photo above? Well. These will make their way to Starwood hotels once Marriott has taken over. If you are staying at Marriott affiliated hotels, you will find these literature on the night desk drawer on the right hand side.

Reminder: Don’t Throw Excess Pillows On The Floor When In Hotel Rooms!