European lawmakers in Brussels are discussing to cancel the Visa Waiver Program for U.S. and Canadian citizens based on a regulation that requires reciprocal action with all EU countries. 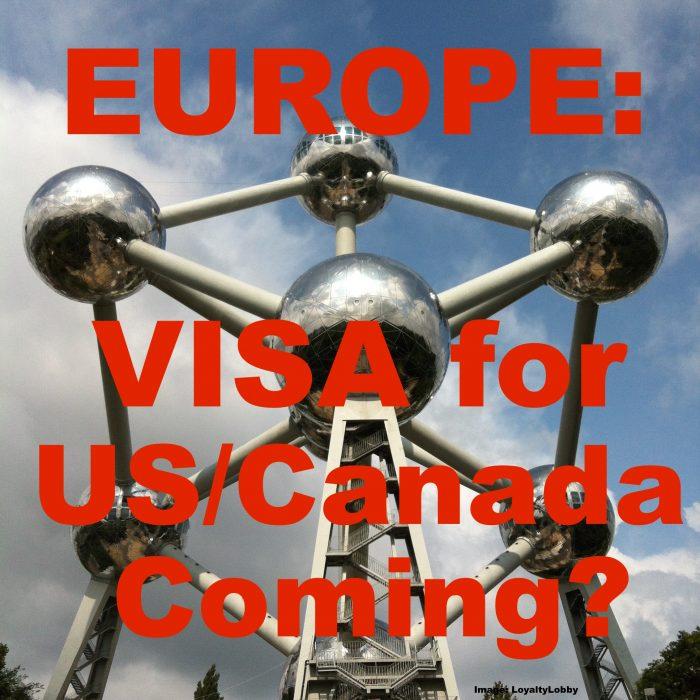 Currently the United States and Canada still require some E.U. Member countries to apply for visas since these do not fulfill the requirements for Visa Waiver Travel set by the U.S. and Canada.

When I (as a EU citizen) first read this I wondered if our government officials really have nothing else to worry about right now. Europe has expanded so much to the east and south east, including the Balkan area that it now includes countries with a sketchy past and some that are known for poverty and rampant crimes.

You can read the article on CNN’s Money Edition (access here).

The European Union is considering requiring Americans and Canadians to apply for visas, even if they only want to come for a short break.

So why the tougher line? European officials say they may suspend a visa waiver program for the U.S. and Canada because they still require citizens of some EU countries to apply for a visa.

While Americans and Canadians only need a passport when visiting the EU, visitors to the U.S. from Poland, Croatia, Cyprus, Bulgaria and Romania need a visa. Romanians and Bulgarians also need visas for Canada.

“The objective here is to achieve full visa waiver reciprocity for citizens of all member states and this is a priority for the European Union,” said Mina Andreeva, a spokesperson for the European Commission.

This is completely out of control and pretty much the nuclear option to spoil travel for all European Citizens as well. Do these politicians really believe they can force the U.S. to give Visa Free travel to Bulgarian and Romanian citizens? In an election year? Maybe Canada could be persuaded but even that is unrealistic and unreasonable.

If the E.U. cancels the Visa Waiver program I almost guarantee that the U.S. and Canada will do the same and then there goes the neighborhood. It wouldn’t effect me as I already have documents to circumvent this (should it happen) but that’s not the point.

The E.U. already messed up their relationship with China to the point where it is a pain for EU citizens to get Chinese tourist visas while U.S. and Canadian citizens can apply for a 10 year visa at little cost.

In times where continental Europe fights terror attacks by Islamic fundamentalists Brussels (of all places) has nothing better to do than to consider actions against the evil Canadians and Americans? Laughable! These people should be voted out of office.

I’m sick and tired of the E.U. politics and their ways to alienate us citizens for the sake of new, poor member countries just because they feel discriminated against. There is a reason why other countries discriminate against origins of crime and economic migrants. It’s a risk!

People often mistake the visa requirement of wealthy and politically ‘tight’ countries with that of other (poor) nations. The point is not to hassle people and extort money but to pre-screen travelers if they are a potential risk security wise or if they plan to immigrate/remain illegally in the country they enter. It’s a decision that has to be made in a whim when the only hurdle is a quick chat with the immigration officer for Visa Waiver eligible travelers.