UBER seems to have introduced a new way in which their drivers are allowed to accept rides, making it possible to accept a new fare before even dropping off the last passenger.

At least in two cities (Bangkok and Beijing) I encountered that drivers accepted my ride request while still having to drop off other passengers nearby which is later disclosed in the app.

I’m a big UBER fan and have written positively about their service in the past (see here) but this new feature is a huge disadvantage in my opinion.

Why? Well, in my most recent case in Bangkok it took another 10 Minutes until the driver finally dropped off his last passenger (I assume due to traffic) and then he made his way towards me taking him another 20 Minutes. I find the UBER X arrival estimates already way way off in Bangkok compared to other cities but this is the last straw that makes it completely unattractive to use the service. 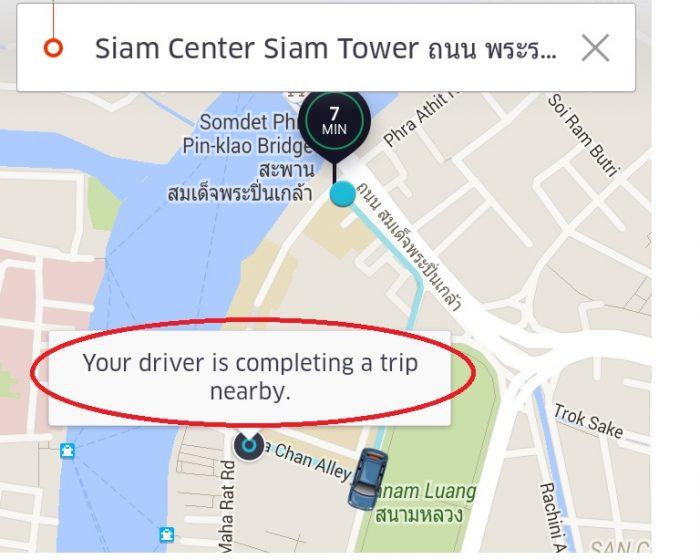 No idea who came up with the thought that this would contribute positively to the customer experience because as mentioned before the arrival time can already be quite long even without this new feature while it’s very easy to hail a taxi almost anywhere in Bangkok.

I was so far willing to wait some time for my UBER to avoid Bangkok Taxis which I hate like no tomorrow but if it’s becoming this unreliable if the UBER who accepts your fare has even dropped off his last passengers yet then I think I will refrain from using the service in the future. Especially because you only learn about it after your ride has been accepted.

I think the app needs a major overhaul including the option to have a personal blacklist of drivers who you don’t want to have assigned to you. I had excellent drivers and total a-holes within just a day. Drivers can pick their passengers as well based on their rating so why not the other way around?