The airport used to access the wine region of Argentina Mendoza’s El Plumerillo airport is closed this year between September 7 – December 7, 2016, for terminal and runway work. 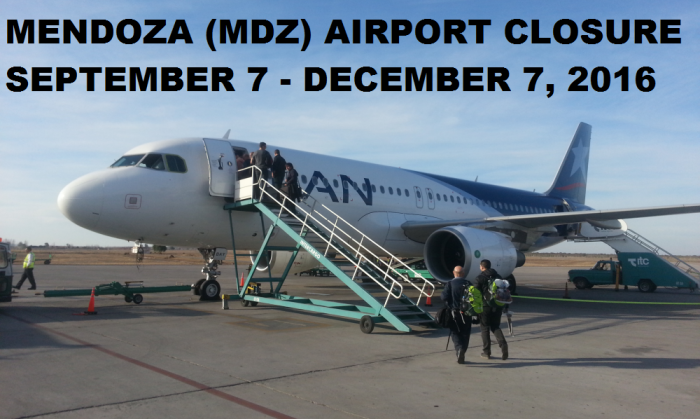 The air traffic is diverted to other area airports and airlines are providing transportation to/from Mendoza. Note that the alternate airports are couple of hours from the city. There is an article about this on an Argentinean newspaper that you can access here. 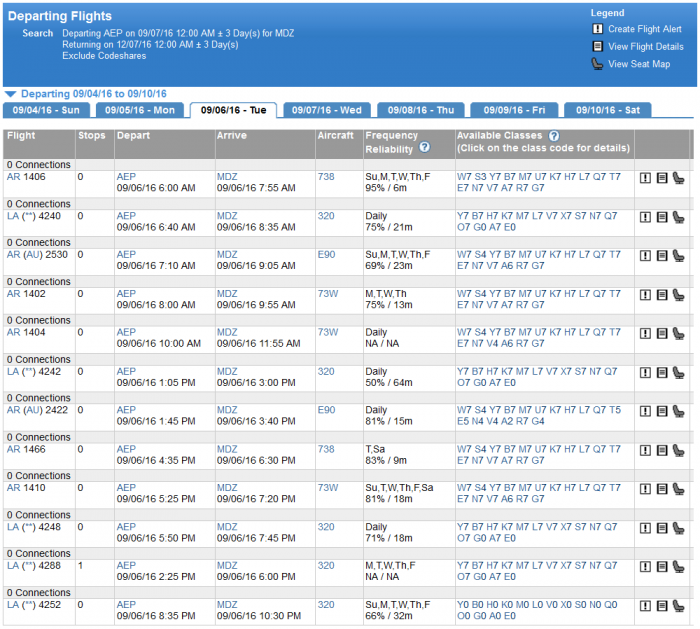 Only two flights that are both are zeroed out.

Again only two flights that are zeroed out. 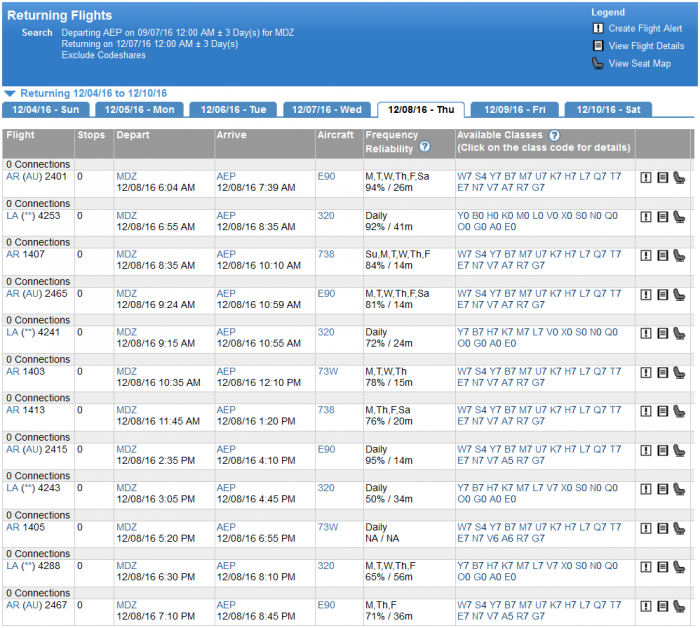 One would think that the best time to close the airport is not at the beginning of the high season but rather the quieter winter months of the Southern Hemisphere?

LAN flies to Mendoza from Santiago two to three times a day whole GOL flies two weekly flights from Sao Paulo. There is no other scheduled international service, although it can be used for diversions if Santiago is closed.

The newspaper reports that they expect to reopen the airport two weeks earlier. As this is South America, it wouldn’t surprise me if the work takes longer than originally planned.

I flew in to Mendoza from Buenos Aires and flew out to Santiago earlier this month and they were doing some work at the terminal. The alternate airports are rather faraway from the Mendoza city and would result hours of wasted time both ways. Probably the best idea trying to avoid Mendoza visit during this period when work is done at the airport.

IHG Rewards Club China Up To 40% Off Weekend Rate + Other Benefits For Stays Until December 28, 2016