Few years ago the US Mint had a problem. They couldn’t get $1 coins intro circulation and then someone had a bright idea; let’s sell these coins directly to the public that will in turn use them with the merchants. 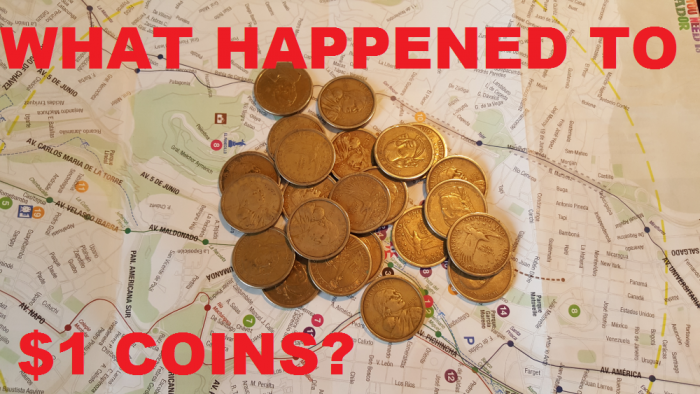 You could order $1 coins directly from the Mint and pay using a credit card. The purchase of these coins was coded as regular merchandise and not cash advance (what it essentially was) that would have triggered all kind of fees for many.

I don’t believe that this direct purchase program was working as intended either as many in turn just deposited the coins to their banks collecting airline miles and hotel loyalty program in the process.

It does seem, however, that the US Mint has been very good at getting these coins into circulation and replacing the $1 notes in Ecuador. I rarely saw $1 note but these $1 coins were everywhere.

Ecuador is one of the few countries that use USD as their official currency whether the United States likes it or not. It certainly helps with not having to deal with rare leftover currency after your trip.

I was really surprised how well the distribution of these coins had worked in Ecuador contrary to the US where nobody appears to want to use them. They are more durable than $1 notes and easy to use. I guess that people don’t like tipping using coins in the US?