A polarizing report by Fox News yesterday portrayed a very trusted profession as notorious for breaking rules and engaging in criminal behavior: Pilots! 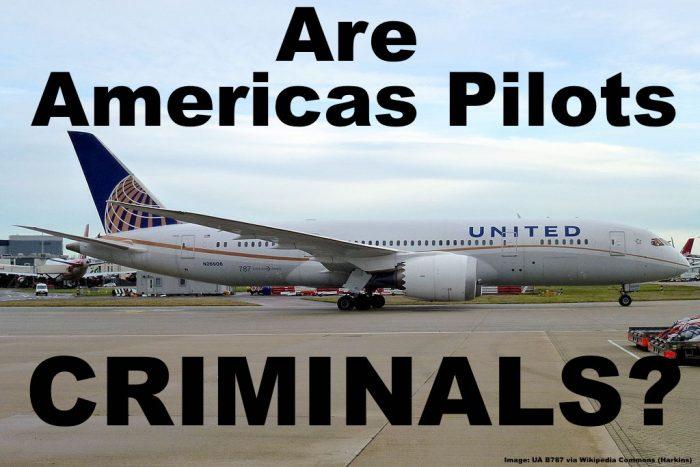 The report highlighted cases where pilots flew intoxicated and even ran brothels, moonlighting as pimps apart from their trusted image in shiny uniform.

Are the cases really representative to paint an entire profession in a bad color?

We recently wrote about an American Airlines pilot who got caught red handed at Detroit airport where he was about to take off while being intoxicated (access here).

An American Airlines pilot flunked two sobriety tests before a 7 a.m. flight out of Detroit. An Alaska Airlines pilot flew a commercial plane from California to Oregon and back again, all while allegedly drunk. Yet another pilot, from United, allegedly moonlighted as a pimp, running half a dozen brothels out of apartments in Houston, according to authorities.

The cases are enough to frighten the flying public, and are not isolated, according to a FoxNews.com investigation. Documents obtained through a Freedom of Information Act request show that while the overwhelming majority of men and women at the cockpit controls are law abiding and responsible, too many fly – or attempt to fly – intoxicated, and even engage in criminal behavior after they touch down. …

What is ‘too many’? One could argue that even one pilot (just like one surgeon) who attempts to work under the influence of alcohol is too much. While that is definitely the case I think that as long as we are humans there are flaws. In each of us and that means each profession.

Experts say flying in America is extremely safe, and note that of the more than 56,000 alcohol screening tests done by the industry in 2015 for pilots, mechanics, aircraft dispatchers, ground security coordinators, aviation screeners, and traffic controllers, just 119 – or around 0.2 percent – were confirmed at or above the legal limit. Under FAA rules, pilots are not allowed to consume alcohol eight hours before a flight or have a blood alcohol content level higher than .04 percent.

Between 2010 and 2015, FAA records show 64 pilots were cited for violating the alcohol and drug provisions, and in 2015, some 1,546 personnel who must ensure airline safety, including 38 pilots, tested positive for one or more of five illegal drugs.

Considering the vast number of employees in the aviation sector and pilots in particular these numbers are extremely low and it’s just a good guess on my side that you will likely find similar or even higher rates in other professions, even those where peoples lives are at stake.

I think Fox News is a very polarizing news outlet and I usually don’t pay much attention to it unless a certain type of headline catches my eyes. The way pilots are put into the spotlight here isn’t proportional to the issue itself. You can put any profession under a microscope and find something but the number speak for themselves and it’s impossible to have a 100% integrity rate at any group of individuals.