Today we reflect on just another day in China where passengers took images of a grandmother who let a child urinate on the floor during their domestic flight instead of taking her to the toilet. 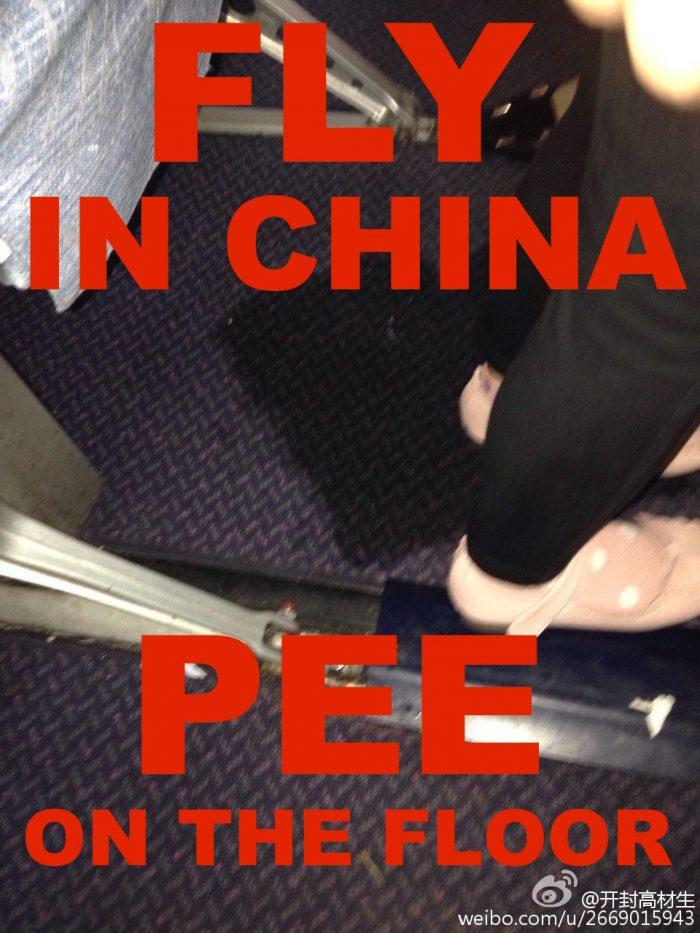 The incident shocked passengers who witnessed the scene on the flight from Zhengzhou to Beijing and uploaded the images.

It’s by far not the first time such disgusting incidents take place in China and make international news. Just last August we wrote about parents who let their child defecate on the airplane floor as well (access out article here).

The most recent case was reported by Shanghaiist yesterday (access here) which also caused similar outrage.

A grandmother made one heck of a midair social faux pas recently, directing her granddaughter to just go ahead and relieve herself all over the cabin floor.

Pictures from the incident were posted online by an unfortunate nearby passenger on a flight from Zhengzhou to Beijing. He says that the little girl announced her need to go potty. However, rather than escort her to the toilet, the granny simply took down the girl’s pants. A few second later, passengers were horrified to hear a tinkling sound as the girl urinated on the floor. 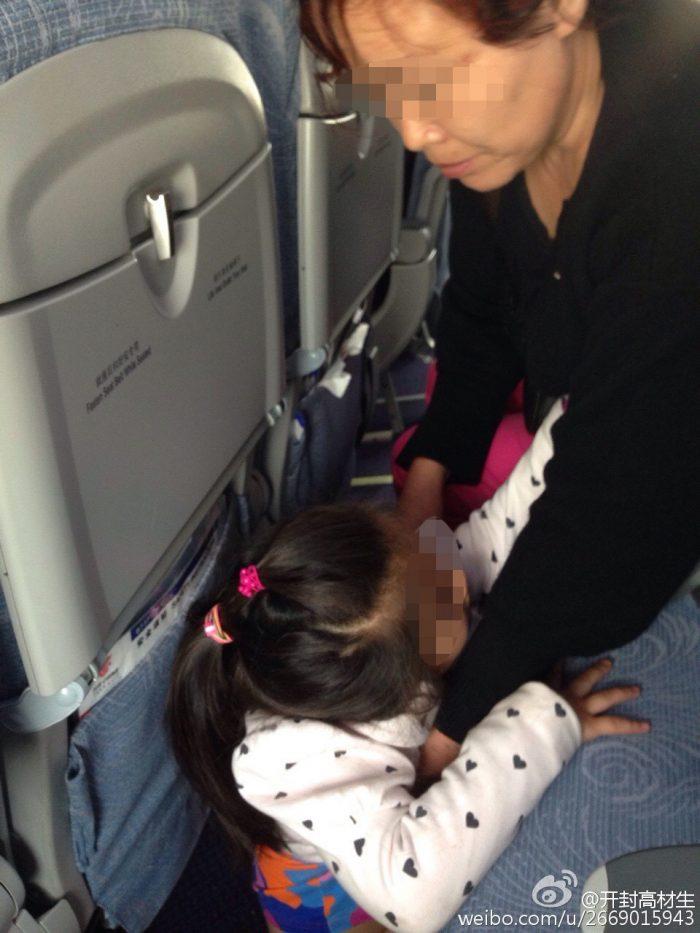 Netizens were disgusted by the incident. “For some of my compatriots, everywhere is a toilet,” one lamented. “Thanks to this kind of education, when this kid grows up, she is going to be just the same,” sighed another.

You sometimes really got to wonder where these animals lived the last 20 years because even in the most rural parts of China people don’t just urinate and defecate in public places. Simply disgusting!

Hopefully this lady will be added to the travel blacklist established by the Chinese government because such disgusting behavior is unacceptable. Send this person back to whatever uncivilized place she came from. I feel sorry for the child under her care!