A Delta Airlines Flight from Atlanta to Chicago made an emergency landing on Sunday after one of the aircraft’s engine cover came off inflight. 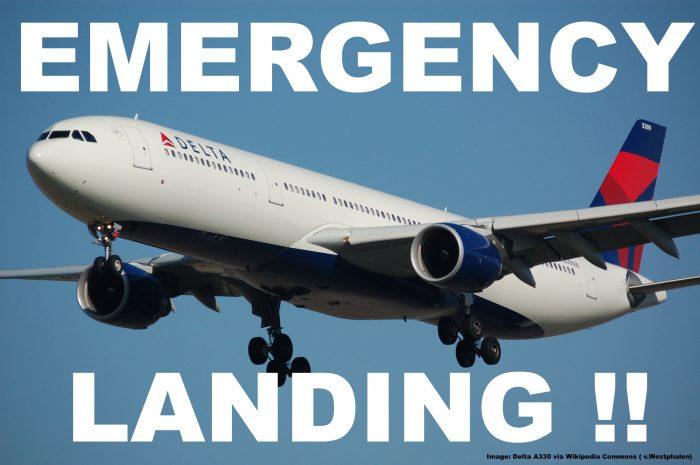 The pilots landed the aircraft safely at Nashville airport and Delta is now investigating how it was possible that the part could come off.

It must have been an interesting sight and shock for the passengers at the same time looking out of the window and seeing the engine without it’s cover. 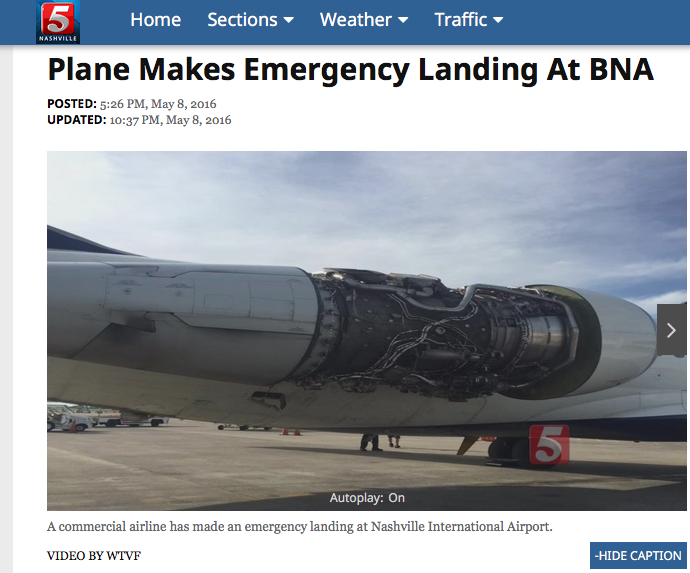 As CNN reported (see here) the part subsequently struck the fuselage as well.

Passengers aboard Delta Air Lines Flight 762 from Atlanta to Chicago got a little more than sloshed drinks when the cabin lights came on at 28,000 feet Sunday afternoon. Those with a window seat got quite the view: The piece covering the plane’s right engine — or cowling, as it’s called — had come off.

As photos posted by CNN affiliate WTVF showed, the loose piece then appeared to have struck part of the fuselage.

The pilot declared an emergency, and the plane landed safely in Nashville.

The 109 passengers aboard the Boeing 717 walked away uninjured, but with quite a tale to tell.
Delta said it’s been in touch with passengers with “a gesture of apology.” And it’s investigating exactly what went wrong.

News Channel 5 Network where you can also watch a video related to the incident (access here) also published a statement from Delta Airlines:

… “The crew of Delta flight 762 from Atlanta to Chicago Midway on Sunday afternoon followed established procedures after an issue with one of the Boeing 717’s two engines occurred during flight. An emergency was declared for priority air traffic control handling into Nashville. The aircraft landed safely and taxied to the gate normally. The engine’s outermost covering, or cowling, was observed to be missing from the engine on the aircraft’s starboard side.

The 109 customers on board are now being served food and beverages in the terminal as they await for another aircraft to arrive into Nashville to continue their travel to Chicago Midway this evening. Additionally, Delta has been in touch with customers with a gesture of apology.

Delta will fully investigate this episode as the safety and security of our customers and employees is always our top priority.” …

Certainly an interesting sight. Thankfully nothing serious happened in terms of severe damage or even casualties after further malfunctions.

Great reaction from the Delta Crew that brought everyone to the ground safely. There was a bigger debate recently about the future of pilots in commercial aviation, talking about reducing the number of pilots to one. One question I remember was ‘Would you fly in an aircraft without a human pilot?’ and incidents like this where human judgment is required lead me answering it with a decisive NO.

I wonder where this part landed though.