I spent some time at the fantastic Turkish Airlines lounge in Istanbul yesterday and witnessed an amusing scene where one the numerous birds in the lounge crapped down on a customer from the gazebo above.

I was watching the birds for a while, not thinking much of it until I heard the guy squeal and swear after he got a special Istanbul souvenir.

In case you haven’t been to the Turkish Airlines Lounge in Istanbul yet – it is HUGE with very high ceilings and has two stories. They built a nice Gazebo Style cover on the main floor and this creates a really comfortable atmosphere.

It’s not only human passengers who use this facility though. Over the time more and more birds settled in the lounge, munching away on things passengers leave behind on the tables or things that fell on the ground such as cookies, bread crumbs etc. 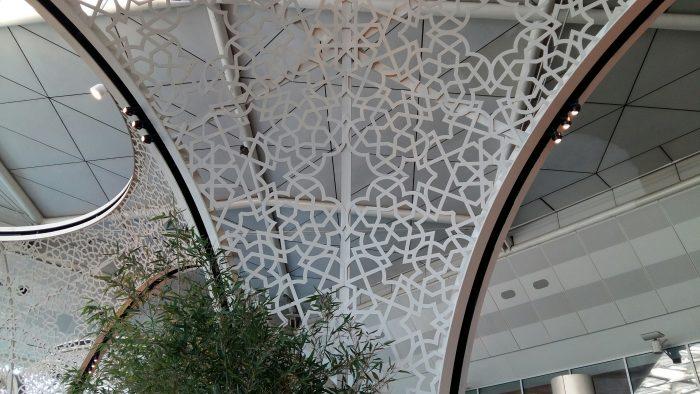 I can imagine it’s almost impossible to catch them or get rid of the birds. In fact it’s actually quite nice to have them around as it makes you feel like you’re sitting in a garden. It becomes a hygiene problem however when they start to defecate onto peoples or their belongings from the panorama spot they hold above.

The passenger I assume went to the front desk to talk to a manager and complain (good luck with that task on Turkish Airlines!) and short after some cleaners showed up. 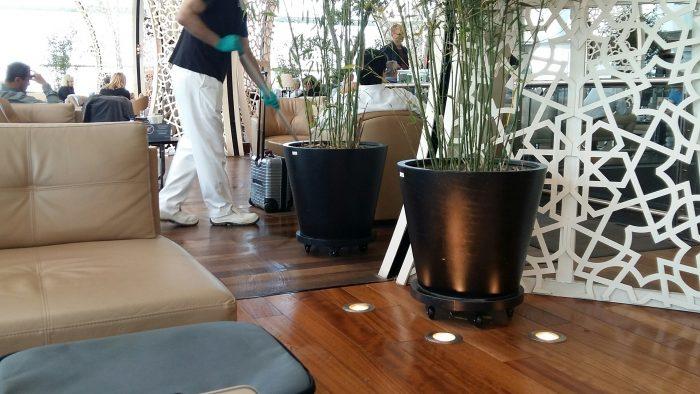 Not sure why though, the droppings apparently landed on the gentleman’s suit and not on the floor but I guess one should appreciate the effort.

Overall I found the lounge to be well taken care of though with plenty of service staff removing leftover plates and garbage, keeping it is a reasonable tidy condition.

Watch your head and maybe your computer while sitting under the Gazebo at for as long as the birds are around or you might end up with more than you bargained for.

Airfare of the Day [Business Class] TURKISH AIRLINES Singapore to Athens from $1,403

Airfare of the Day [Business Class] TURKISH AIRLINES Singapore to New York from $1,713

Airfare of the Day [Business Class] TURKISH AIRLINES Los Angeles to Dubrovnik from $1,898