Club Carlson sent out emails yesterday. Members that received this email can get 3,000 points for completing a survey and what an interesting one it was.

The main drawback of Club Carlson besides the quality of the full service properties has been the lack of elite benefits compared to Hilton, Hyatt, Marriott and Starwood. Club Carlson is apparently aware of this and is probing for new set of benefits that members would be interested in.

Here’s what Club Carlson was proposing:

First they were probing about the existing benefits. 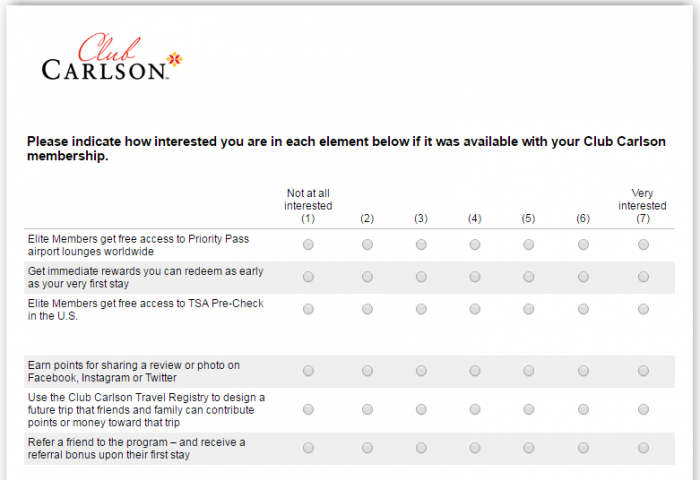 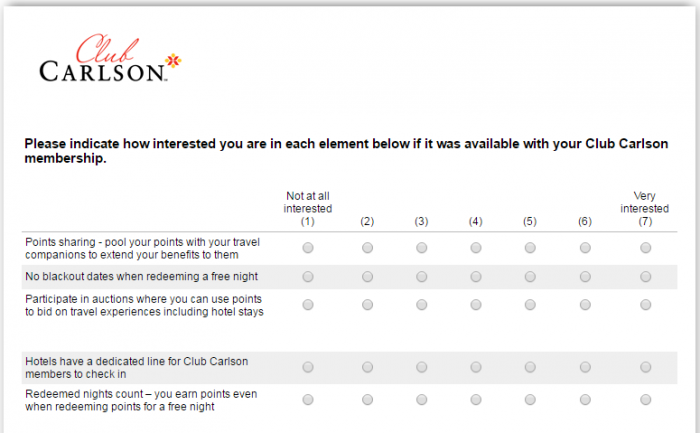 Many of these new benefits that Club Carlson is testing here are those offered by other chains such as the confirmed upgrades for elite members.

Club Carlson really should elevate the elite benefits of its tiers to make the program worthwhile for those that travel a lot. They give you points but very few elite level benefits such as upgrades, club lounge access of complimentary breakfast (the latter is available for Concierge level members).

And they really should make the award rooms available as long as the standard rooms are available for cash that is not currently the case.

Club Carlson should just have a look at the elite level benefits offered by major chains and implement them. Not sure why they needed this survey but I’ll take the 3,000 points!

Radisson has now launched its second Fall 2021 promotion for stays in the United States, Canada, Latin America, and the...

Here is an updated look at the top 5 most lucrative hotel promotions you can take advantage of this September....