Something is rotten in the state of Denmark as Shakespeare said and I did encounter something very rotten today. 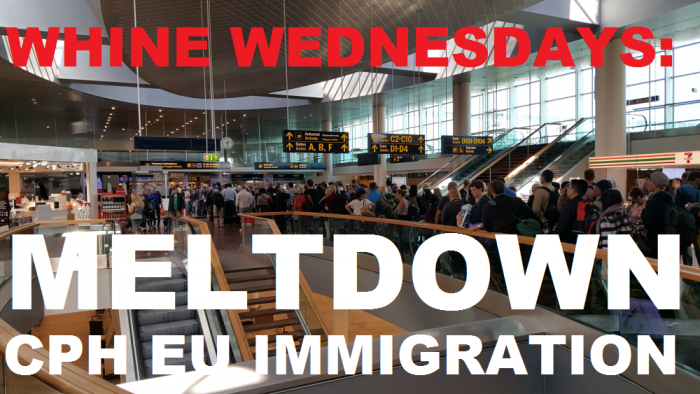 Apparently, the airport is trying to get all European Union and European Economic Area (EEA) citizens to use automated gates but most of were down as I experienced today.

The problems was first that only one of the three machines was actually working and the line was getting longer. Once they get another one up and running the first one went down when I was trying to scan my passport.

There was Danish immigration guy standing on the other side that was claiming that it was due to OUR fault that the machines were not working. Supposedly WE did something wrong. Didn’t make any sense

This was completely ridiculous. How someone can blame travelers for two out of the three automated gates being down?

Usually getting in and out of EU/EEA countries is super fast if you have one of the passports.

Sometimes the agent may wave you through without even looking at the info page and most of the time the passports are not scanned.

This automated gate experience in Denmark is out of control. I don’t mind using one IF they actually work and they have enough of them.

Even when going to UK, I Just go to the EU/EAA line that is manned by actual agents. It tends to be faster than the automated gates with lines.