When I was watching BBC World News this morning, they had this unfortunate piece about an alleged rape and how Qatar deals with the (non)issue of sex outside of marriage. 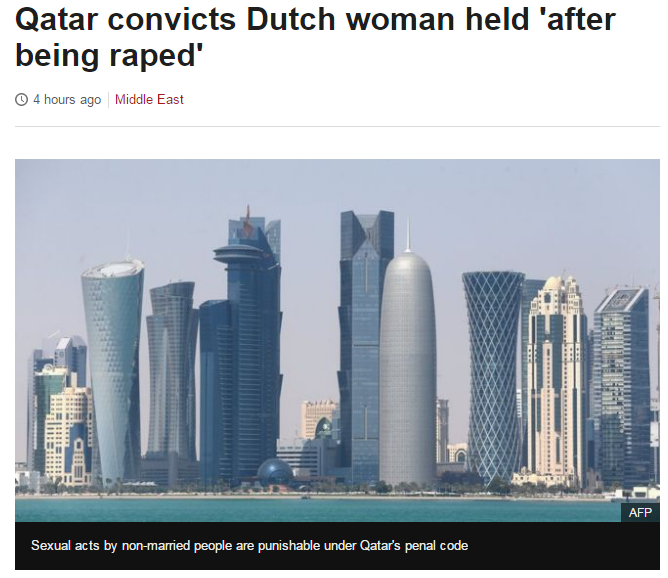 This reminded me of what happened to one Starwood employee in UAE who was raped by three colleagues (read more here). She ended up being jailed for eight months.

A court in Qatar has convicted a Dutch woman of having sex outside marriage after she told police she was raped.

Her lawyer said her drink had been spiked at a Doha hotel in March and she had woken up in a stranger’s flat, where she realized she had been raped.

Her alleged attacker, who said the sex was consensual, was sentenced to 100 lashes for having sex outside marriage.

He will be given a further 40 lashes for consuming alcohol.

The woman has been detained since making the allegation three months ago, but her case only came to light over the weekend when her family decided to go public.

You have to bear in mind that many (if not all) of these Gulf countries have very backward laws. You may think otherwise when you see all the glitz & glamour and drinking going in the bars and clubs.

At least they didn’t throw this Dutch woman into jail after being detained since the incident but rather gave her a one year suspended sentence. I used the word “alleged” rape because the male claimed that the sex was consensual.