The U.S. Department of Transportation (DOT) has received and approved applications of six U.S. airlines to commence non stop service to Cuba later this year. 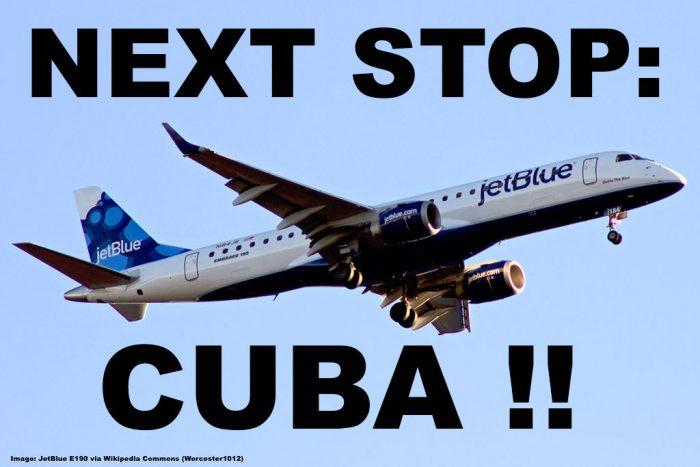 Though for a long time there were charter flights of American carriers especially from Miami but as such these flights were subject to certain regulations and restrictions such as that it wasn’t possible to earn or redeem miles on them.

The flights are the latest fruits of the current administrations effort to pick up diplomatic and social relations to Cuba after back in April the last restrictions on Cruise travel we also lifted (we wrote about it here).

The Obama administration on Friday authorized six American air carriers to begin direct flights to Cuba as soon as this fall, paving the way for the resumption of scheduled air travel between the United States and Cuba for the first time in more than 50 years.

The Department of Transportation said it had approved applications from American Airlines, Frontier Airlines, JetBlue Airways, Silver Airways, Southwest Airlines and Sun Country Airlines to begin flying to Cuba as early as this fall from Miami, Fort Lauderdale, Chicago, Philadelphia, and Minneapolis/St. Paul.

The service approved on Friday will fly to nine Cuban cities, including Cayo Largo, Cienfuegos, Matanzas, and Santiago de Cuba. The Transportation Department said it would announce routes to the Cuban capital, Havana, later this year.

Just because the flights are resuming doesn’t mean that the embargo is coming to an end anytime soon as Congress has yet to approve legislation related to this.

It’s great that people now have the chance to visit Cuba which is a beautiful place. Let’s hope the island won’t suffer too much from the effects of mass tourism such as the sailings of cruise ships which can be seen at other Caribbean islands.

So far the flights have not been scheduled yet but as per the NYT article airlines will start flying in late 2016.