Alitalia MilleMiglia just sent out a targeted offer for 25,000 bonus miles that requires taking a flight between June 16 – September 30, 2016. 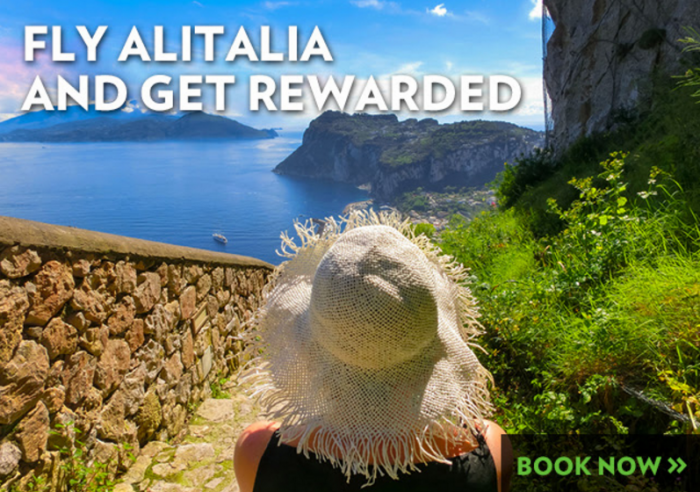 The offer is valid for MilleMiglia members residing in select countries and requires the flight purchase made June 16 – July 15.

You don’t have to fly or credit round-trip to MilleMiglia to take advantage of this offer. One-way is enough.

Note that members with MilleMiglia address in the following countries are eligible:

Here are the examples from the email that Alitalia sent out:

The terms and conditions below list number of flight number ranges that are not eligible for this promotion. It is unclear for me what flights Alitalia considers “long-haul”. To my understanding some intra-Europe flights did qualify for similar offers previously as long as they were not flights within Italy.

Alitalia has recently introduces new long-haul flights to number of destinations. They probably try to get members to book them.

I was on the Abu Dhabi – Venice flight, used on the example above, couple of months ago in business and it was really really empty at least in business. There were only three passengers.

Airfare of the Day [Business Class] ALITALIA Madrid to Los Angeles from 1,366€

Airfare of the Day [Business Class] ALITALIA New York to Venice from $1,729