An aggressive customer has assaulted a lady working for Juneyao Airlines at Shenzhen Airport with an information sign on the counter, leaving her injured on the floor in a puddle of her own blood. 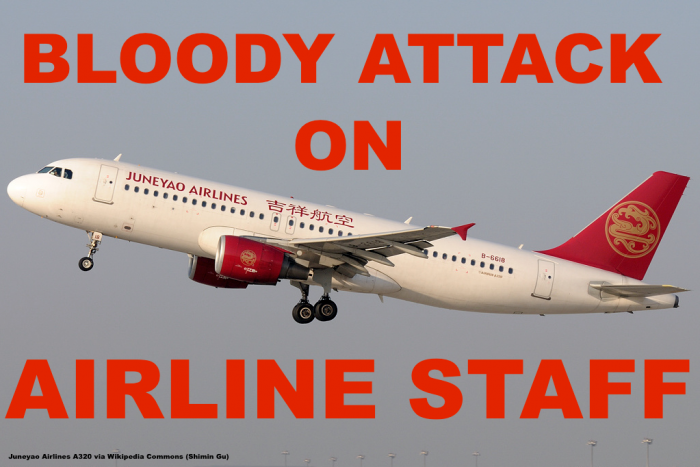 This most recent violent episode coming from China is by far the most severe we’ve seen, having caused tremendous injury to the staff member.

The Incident happened at Shenzhen’s Baoan International Airport where the lady worked at the ticketing desk for Juneyao Airlines.

Pictures circulated on the internet showed the employee of the Shanghai-based carrier lying on the floor after the attack Tuesday, with a pool of blood near her head.

It is believed that she was attacked with a sign placed on the service counter. There were visible cracks on the sign, which seem to suggest the woman was hit violently with it.

The images are shocking: 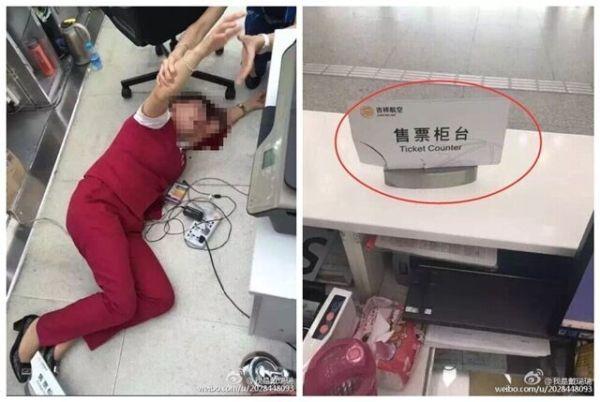 The airline refused to disclose personal details of its employee in a statement issued at 4:15 p.m. Tuesday, citing an ongoing investigation as the reason.

Weibo users in the mainland said a grumpy passenger approached the airline counter to help a friend get a printed copy of a flight itinerary.

The passenger lost control when he was asked for the original identity document of the traveler and started attacking the employee, they said.

The attacker was arrested and detained.

Unbelievable. Hopefully this animal will be put away for a long time and experience the full force of Chinese law which would likely teach him a lesson.

The situation in China is getting out of control. I wouldn’t be surprised if the authorities and staff will at one point use defensive techniques and installations to keep violent and abusive passengers at bay.

This is another one for the travel blacklist and given the severity of the situation likely prison.