All Business Class Airline La Compagnie which offers service between New York and London as well as Paris published a promotion offering a pass for one year of unlimited flying for 35,000 US$. 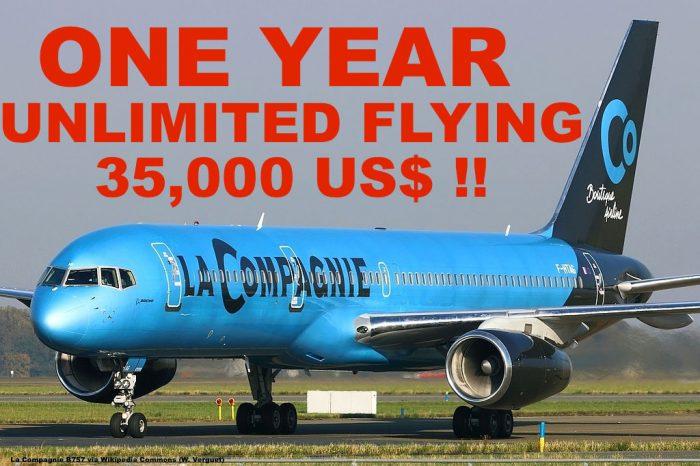 The company will offer ten of these passes for sale starting July 18th 2016 on a first come first served basis.

On the first sight this looks like an attractive offer for regular commuters but does it really make sense to purchase this pass?

I became aware of this promotion while reading Travel + Leisure (access here) yesterday.

To celebrate its second anniversary, La Compagnie is selling 10 memberships for a year’s worth of unlimited flights. The all-you-can-fly-passes, L’Unlimited, won’t come cheap. You’ll have to make a one-time purchase of $35,000 in order to secure your pass.  And no, you can’t put the monthly installments on your credit card.

Each L’Unlimited is valid for 12 months from your first flight (which you must take by December 15, 2017), and flights can be canceled up to three hours before departure for no fee.  A personal concierge will also be available to make all of your bookings. …

La Compagnie will sell only 10 of these unlimited tickets on a first come, first serve basis starting July 18.

The airline advertises that ticket prices if purchased the regular way start at 1,600 US$ but let’s say they end up being a a bit more expensive like 1900-2000 US$ that mans you’d have to fly beyond 18 round trips to break even with this unlimited pass. They don’t operate a frequent flier program so there won’t be any collection of credits for flying either regular tickets or these unlimited passes.

La Compagnie flies from New York-Newark to Paris Charles de Gaulle and London-Luton Airport (far away from the city center). While the Paris route might be not bad I don’t think I’d bite on flying to London-Luton again which I did once flying EasyJet and it was a disaster.

As of right now the airline doesn’t provide much information on their website (see here) about the promotion.

You’re being offered to sign up for a reminder/newsletter once the passes go on sale at which point the airline definitely needs to publish some terms and conditions.

While some parameters have been described in the T+L article referenced above I’d be interested for example if airport taxes and surcharges are already included.

On top of it all Business Class fares from the U.S. are very affordable right now so it might be better to look out for good deals on the established legacy carriers where you can collect frequent flier miles at the same time. It will be hard to get tickets below 1,700US$ for Business Class on a permanent basis though.

All in all it’s boiling down (as everything in life) to the money factor. If 35k upfront isn’t a tremendous amount of money for a customer who knows he has frequent commitments on this route either way then it’s probably worth a shot.

Today’s Airfare of the Day goes to La Compagnie and their business class restricted fares between New York and Paris....

Today’s Airfare of the Day goes to La Compagnie and their business class restricted round trip fares between Nice and... 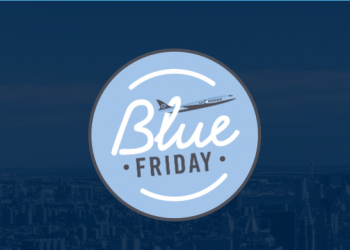 Today’s Airfare of the Day goes to La Compagnie and their blue Friday business class promotional round trip fares between...