Thai Budget Carrier Nok Air continues to make headlines for all the wrong reasons, this time a pilot for the airline made a joke to crash a plane where former Prime Minister Yingluck Shinawatra was on board. 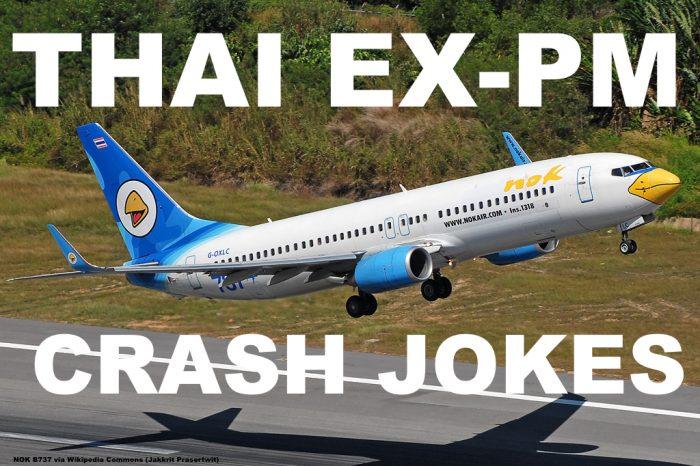 The politician was traveling with her son while being photographed by one of the pilots who then posted it on a social media platform.

Thailand is currently ruled by a Military Junta which deposed Shinawatra, the last democratically elected Prime Minister. The country has been in political turmoil for more than two decades with polarizing groups who make no secret of their disdain for each other.

The Ex-PM was photographed by one of the pilots while walking with her son towards the Nok Air aircraft. The pilot posted the image on a social group with a comment: “There are victims on board.”
One of his friends, presumably, a captain himself, replied : “please do a CFIT.” The abbreviation stands for “controlled flight into terrain.”

CEO of Nok Air wrote an apology letter to Yingluck Shinawatra, saying the pilot’s views were not reflecting the company’s and the airline works with “good governance to serve all passengers equally with no discrimination.”

It remains unclear what measures, if any, will be taken against the pilot.

Nok Air’s pilots have increasingly put a public relations burden on the budget carrier after incidents such as almost crashing into a hospital or an impromptu strike which left 1500 passengers stranded back in February.

This is just another example how unprofessional the pilots of NOK Air are and I don’t know who voluntarily flies that airline anymore after all the incidents they had. Integrity of the cockpit crew is one of the most important factors an airline can claim and it’s just one negative impression after the other when one thinks about NOK Air. 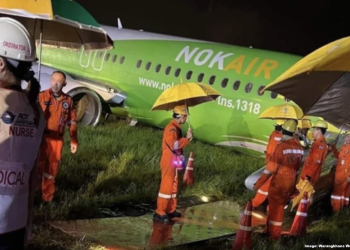 A serious accident involving a NOK Air flight from Bangkok DMK happened this weekend as the plane slid off the... 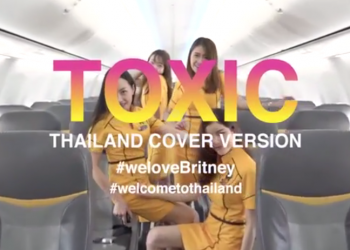 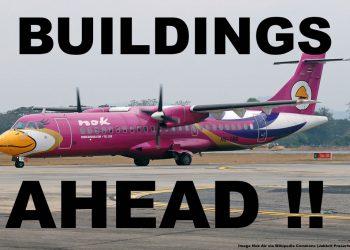