A young Chinese man was discovered in Dubai stowing away in a Emirates aircraft cargo hold that just arrived from Shanghai Pudong Airport. 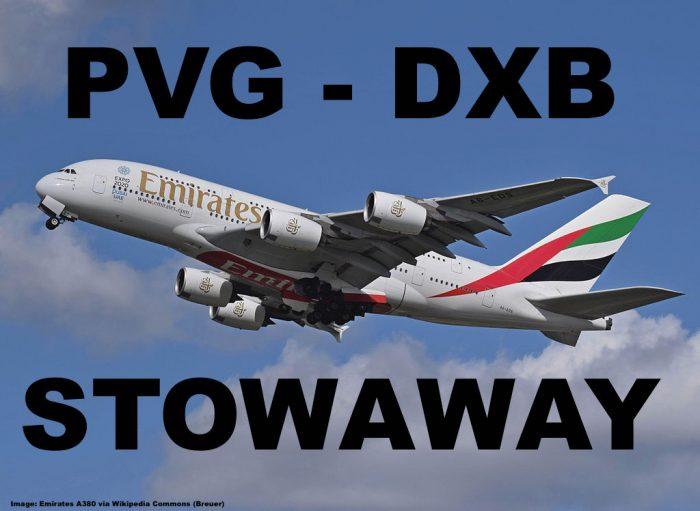 The teenager overcame the barriers at Pudong Airport and then made his way into the A380 where he got more or less comfortable until his arrival in Dubai.

Apart from the teenager being discovered and returned to China it quickly became apparent that the Civil Aviation Administration of China (CAAC) was not amused about the incident in the slightest as it demonstrated a lack of aviation safety standard and quite frankly is an embarrassment to them.

China Aviation Daily (access here) reported about the case and measures taken by the CAAC against Pudong Airport.

The Civil Aviation Administration of China (CAAC) made an administrative appointment on Shanghai Airport Authority on June 15 after a teenager had successfully stowed away on an Airbus A380 to Dubai from Shanghai Pudong International Airport.

The teenage boy, surnamed Xu, who broke into the airside and arrived in Dubai by sneaking into the cargo compartment of Emirate flight EK303, which departed Pudong airport on May 26.

Xu climbed onto a tree and jumped into the apron of the airport and passed through the restricted area to enter the cargo hold of the aircraft without being noticed, the authority said after an investigation.

The aviation watchdog decided to proceed special air defense safety evaluation on Pudong airport during which it will be banned from adding domestic frequencies, charter flights and making new route applications. Meanwhile, the CAAC will also impose administrative penalties on Shanghai Airport Authority. It is the first time that CAAC executed administrative appointment due to airside security.

Someone entering a sensitive security area of an airport and then access an aircraft is a serious matter especially in times of terrorism. In this case all participants were lucky that the intruder was just a harmless boy who wanted to go on a ride to Dubai, not a terrorist planting a bomb.

The CAAC did well to take drastic and immediate action in this case before a lack thereof calls for a more stringent inspection of the International Civil Aviation Organization (ICAO) which last year downgraded Thailand for lack of aviation safety standards after failing audits. Such downgrades have impacts on the entire country in terms of filing new routes, requiring additional security checks etc.

Meanwhile the young man has been returned to China without charges (see here).

The 16-year-old, identified as Xu from Bazhong, in Sichuan province, arrived in Dubai in May after hearing that beggars in the emirate could make a lot of money. …

China Radio International reported that Mian Jinlong, a Chinese translator for Dubai prosecutors, said the youth had “risked his life sneaking into Dubai because he heard an online rumour that even beggars in the city can earn several hundred thousand yuan a month”.

He also told the translator that “the cargo compartment of the plane was very comfortable, although he did not eat anything during the nine-hour flight”.

That’s an interesting but at the same time very sad twist to the story.

Hopefully the Chinese authorities will be able to improve their safety mechanisms at their airports, especially access to the tarmac before something serious happens.

This is the second incident at Shanghai-Pudong Airport within a week after last weekend a suicidal man detonated home made explosives in the check-in hall, injuring multiple people and attempting to commit suicide on scene. 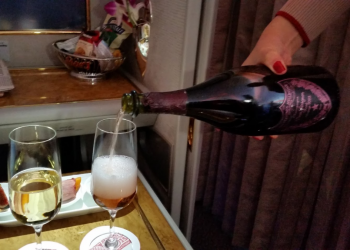 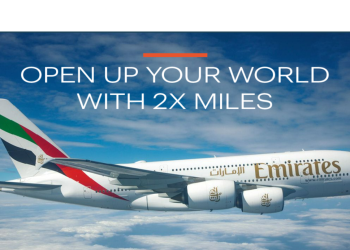