Uber’s latest UberCOPTER initiative in Sao Paulo has received plenty of free publicity since its launch two weeks ago. The goal is to get wider audience to use copters.

Uber has teamed up with Airbus owned company to get higher utilization rate for helicopters that are mostly sitting unused in various helipads around the city. The recent crash of the Brazilian economy may have had an impact on the usage rates as well.

So, I decided to give the service a try yesterday when I was on my way to the international airport in Sao Paulo from InterContinental hotel. 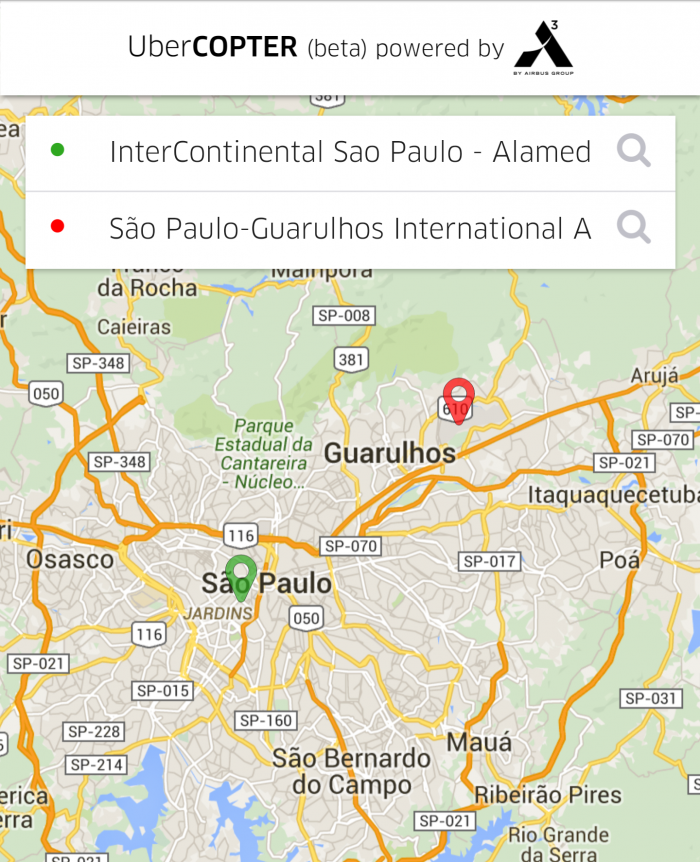 The Uber app showed the service available. You have to click few times and eventually you end up on ponton.flights website where you have to plug in again your start and end addresses.

Then you have to choose the number of passengers.

The weight of the passenger and number of checked in and carry on bags. 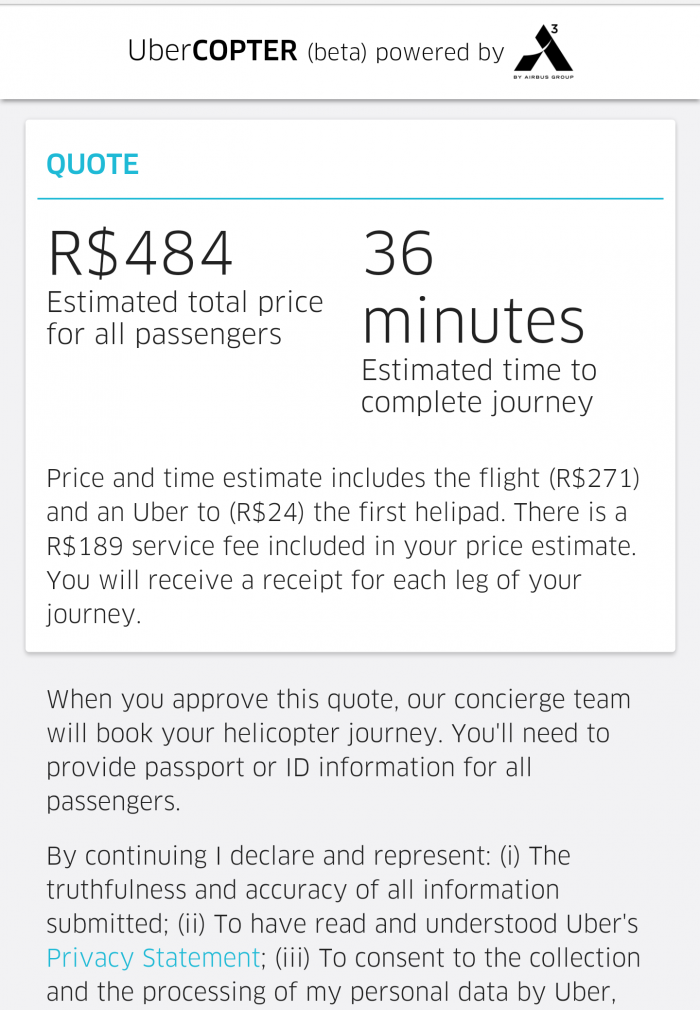 The service then calculates the price and estimated time from pick up to getting to the destination. I am not sure what is going on with these rates but the quote of close to 500 BRL is nowhere near the promotional price of $17 mentioned on many of the “puff” pieces written about the service. 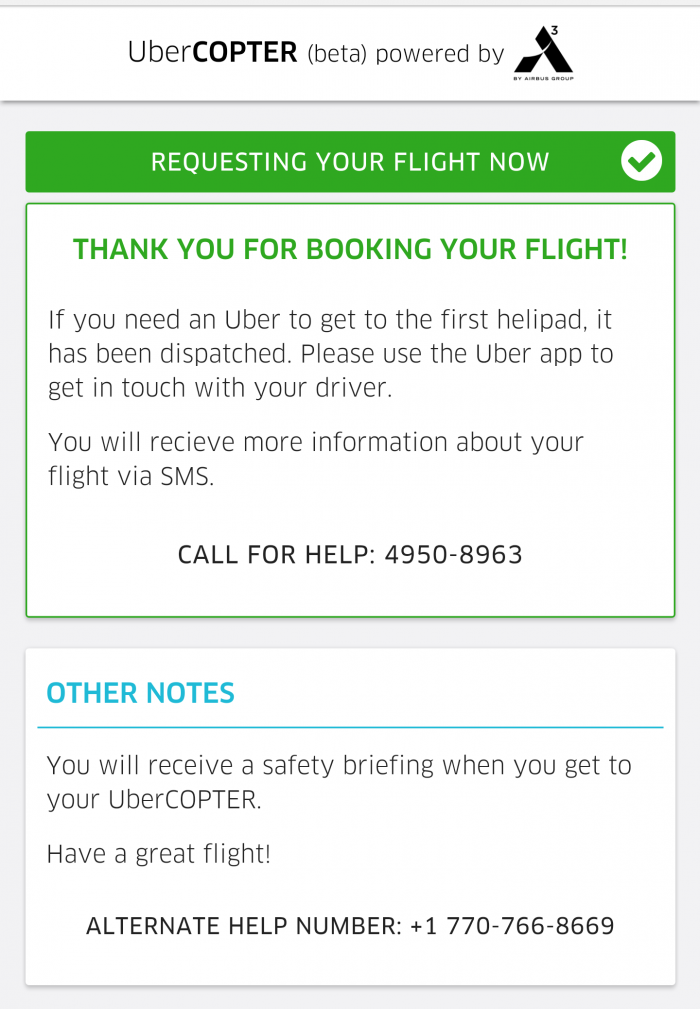 I decided to go on regardless of the price and ordered the copter. They immediately order an Uber car to pick you up that will show on the app.

Instead of getting to the airport using the UberCOPTER, I received a call from them that the service was not available yesterday afternoon at all and they weren’t sure when it would be again. They were claiming “traffic” conditions. Not sure to what he was referring to.

Had I actually relied to the service and planned my arrival to the airport using them during weekday over a car from the Morumbi area, I would have been screwed. I do understand that the service still is in BETA mode. But why allow ordering the copter using the app if it turns none is available for the entire day?

At the end, I took regular Uber from the InterContinental to GRU and saved 90% over taking the copter. There wouldn’t have been any savings time wise either because the road traffic was light.

I think that this could be a good service IF they could ensure that the copters are actually available. You cannot rely on service that may or may not work.