Despite or maybe because it’s rapid growth Vueling isn’t having a very good run at it’s hub in Barcelona where various operational problems left more than 8,000 passengers stranded without a fight out. 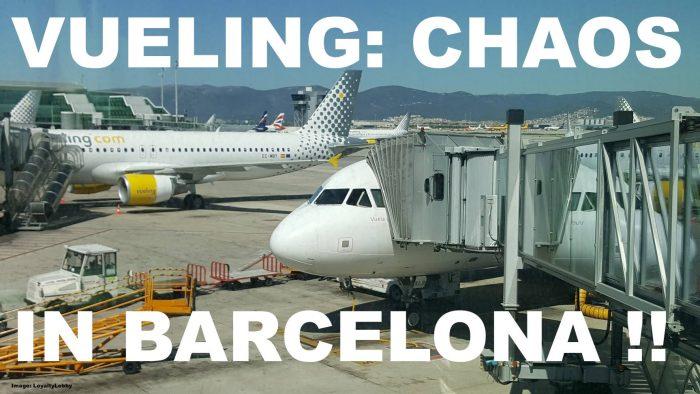 Shortages in staff, especially pilots, poor scheduling and frequent strikes of air traffic controllers were made out as main culprits of the dire situation.

Vueling is Spanish a low cost carrier with it’s hub airport in Barcelona and owned by IAG which also owns Iberia and British Airways. The airline has seen rapid growth and outperformed all expectations in terms of earnings but some industry insiders see that this wild expansion could be the airlines downfall.

The ministry’s Air Safety Agency has told company president Javier Sánchez-Prieto to come in on Monday to explain the reasons for the cancellation of 14 flights, 10 of which departed from or arrived at Barcelona-El Prat airport. The regional government of Catalonia has also called in Vueling executives and is contemplating sanctions against the Spanish airline, which is owned by IAG.

The trouble began on Thursday and continued through Sunday, triggering scenes of chaos at Barcelona-El Prat and leaving at least 8,250 people stranded.

Although Vueling has been trying to be discreet about its recent cancellations and failed to provide an official count, at least 46 flights have been suspended since last Thursday. Others have suffered delays and unexpected stopovers. The company declined to take calls from this newspaper.

If a company and it’s operation have such a severe impact on the public it’s not uncommon for regulating authorities to take action and threaten consequences. It appears that the situation at Vueling got out of control and some emergency measures are needed to bring the airline back on course to ensure reliable operations.

What are the reasons for this chaos?

The company has blamed the delays on “operational problems.” But employees said that planning for the summer campaign has been “disastrous.”

Other company sources added that a series of factors has contributed to a perfect storm that could get even bigger throughout the summer. One high-placed company employee listed a few of these factors for EL PAÍS, speaking on condition of anonymity.

“During Easter we could already foresee that this was going to happen,” he said. “We lost control over operations, personnel and flight crews. Later, we saw that more flights were being sold than we could possibly operate.” According to this worker, the shortage of personnel includes copilots.

“On some flights, there were two captains because there were not enough trained copilots,” said this source.

To this, he said, must be added the complexity of opening new hubs like the one in Paris.

He also pointed at the change in corporate leadership as another key factor explaining the trouble at Vueling. But ultimately, the chief problem is “out-of-control” growth.

“It did not match a growth in the number of personnel handling the crews and passengers,” said this company source.

It also did not help that French air traffic controllers went on strike repeatedly in recent times.

“Our routes fly over that airspace in 80% of cases, and it’s affected us,” he said.

If what this employee says is true then Vueling drastically oversold their capacity which in the end doesn’t just see people denied boarding but entire flights cancelled simply due to lack of equipment and staff. This of course makes the airline liable for claims under EC261/2004 which won’t be cheap. If you imagine the 8,000+ people each claiming a minimum of 250 EUR EU Compensation that’s 20 Mio EUR. A quarter of Vuelings entire profit in 2015.

The situation has reached a point where, despite good financial results – Vueling earned €93.39 million in 2015, three times as much as expected – employees have started to fear for their jobs.

On Monday, sales director David García said that the company had added 130 new employees to improve its customer service following the string of delays. In a radio interview on Rac1, García said that Vueling has also rented six more aircraft, hired 34 pilots and increased its sales personnel by 40%.

“It’s our responsibility,” he said.

Time will tell if these measure will help Vueling get out of the hole but time and patience of the customers is running out.

I can’t imagine that Vueling will voluntarily pay the EU compensation if claimed by the passengers. They will likely have to involve their national regulatory body, ombudsman office or an attorney to claim any compensation and damages incurred.

It’s sad to see employees and customer being effected this way by bad management. Vueling is a decent airline (for a low cost carrier) that even operates under BA code shares. I wouldn’t be surprised if the new CEO Javier Sánchez-Prieto who just took over in February is now in the position of having to iron out the drastic effects of his predecessors aggressive growth policies. Ex-Vueling CEO Alex Cruz has been promoted to Chairman & CEO of British Airways. His performance at Vueling undoubtedly played a role in this appointment but as so often the real effects of some policies aren’t seen until much later. 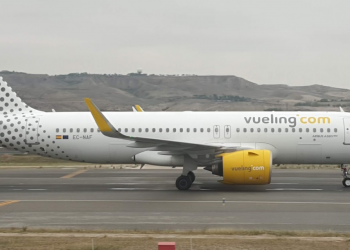 IAG (International Airlines Group), the parent of Iberia, British Airways, Aer Lingus, Vueling, and LEVEL, announced on Friday that it... 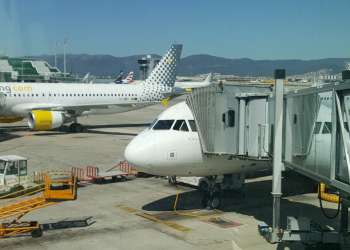 Marriott Bonvoy has added two new airline partners as of March 1, 2020, bringing the total number to 45. The...

Reader Question: How To Get Vueling Pay For Delayed Luggage Compensation?

A LoyaltyLobby reader sent us a question by email regarding delayed luggage on Vueling flight from Dublin to Barcelona. Vueling...