The survey is based on responses from 63,000 guests in the United States and Canada that stayed at North American hotels between May 2015 and May 2016.

You can access J.D. Power’s web page for this announcement here.

What I found interesting:

Not really a surprise that loyalty program members are more satisfied because this includes elites too. You basically get more bang for your back in the form of early/late check outs, complimentary breakfasts, room/suite upgrades and executive lounge access.

Here are the ratings: 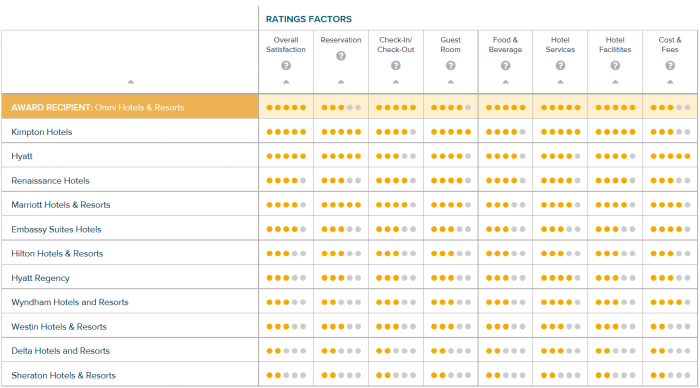 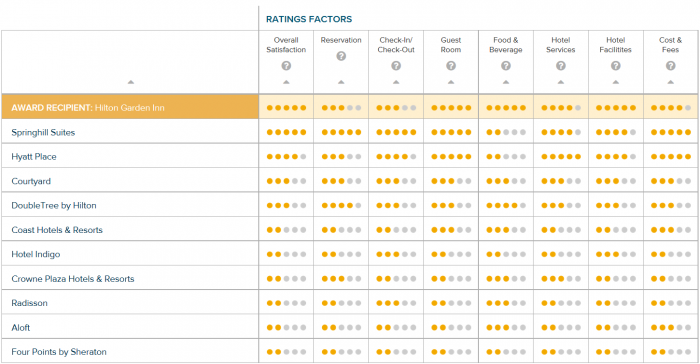 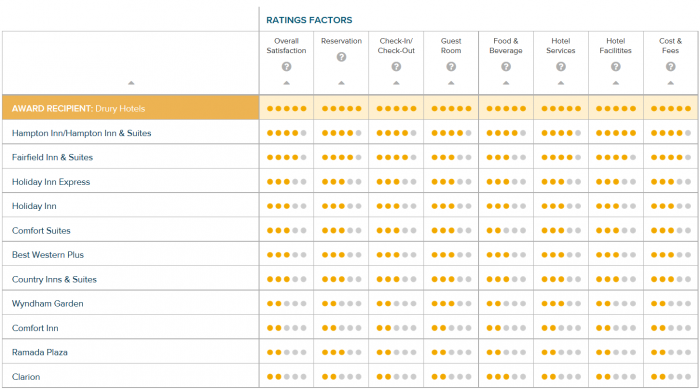 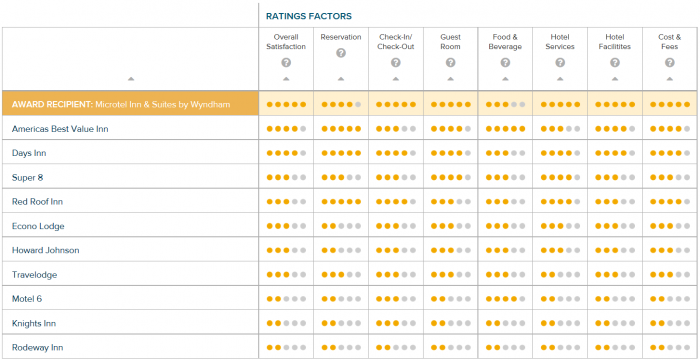 “Customers have responded well to the enhanced offerings provided by some hotel brands to create value, but as those perks become standard, customers are quick to ask, ‘What have you done for me lately?’” said Rick Garlick, global travel and hospitality practice lead at J.D. Power. “When guests no longer see added value in the quality of amenities they receive, the only option to truly differentiate a brand is to develop a strong service culture that makes guests feel special and appreciated.”

Interestingly, while satisfaction in most segments has remained flat, the luxury segment has improved by 12 points overall. Much of this improvement is attributed to a 20-point improvement in cost & fees.

“Despite luxury hotels typically being the most expensive, this segment has been able to show guests that they’re providing additional value, which is clearly resonating,” said Garlick.

“We’re finding that every succeeding generation seems to be less likely to be a member of a hotel rewards program than the one before,” said Garlick. “As we’ve seen across numerous industries that J.D. Power tracks, younger guests in particular are especially driven by the value proposition, underscoring the importance for hotel brands to make a stronger case for the benefits of loyalty to these travellers.”

Following are some of the key findings of the study:

The following hotel brands rank highest in guest satisfaction in their respective segments:

Notably, The Ritz-Carlton earns the highest score in the history of the study at 896.

I always have bit of a problem how these hotels get assigned their “categories”. What is Luxury or Upper Upscale?

These are probably good indications among general travel public. I would say that the rankings would be somewhat different if you could slide/dice the survey based on mid and top tier members. 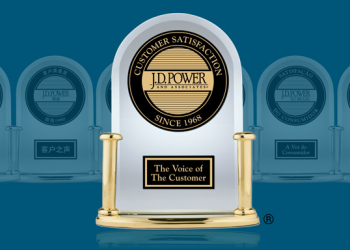