Malaysia Airlines has been running Business Class promotions ex Bangkok to various destinations within Asia which are great to collect Status Miles/Credits, especially if you credit to British Airways Executive Club.

Now Malaysia Airlines offers round trips between Bangkok and Beijing via KL for as little as 9,300 THB (265 USD) which net in 360 BA Tier Points.

The booking window always varies so I felt it might be a good opportunity to once again bring this to the attention of our LoyaltyLobby readers in the region who might be able to utilize it.

For some reason these fares don’t show up on Malaysia Airlines website but only on Expedia Thailand so you have to access their site to get your booking in. Other Expedia sites work as well but with some currency fluctuations so you might want to check on that.

These killer deals ex Thailand are really over the top in terms of value for money. There are many destinations which I will list below, however for the purpose of maximizing your status credits with British Airways it is key to select flights that are over a certain threshold to jump from just 40 Tier Points for shorter flights (such as the feeder BKK-KUL) to 140 Tier Points for the connection.

You can also do open jaw tickets in case you want to fly to China but avoid the Visa requirement (have to book yourself another ticket from China to the secondary country in this case) as in the following example which I booked for myself: 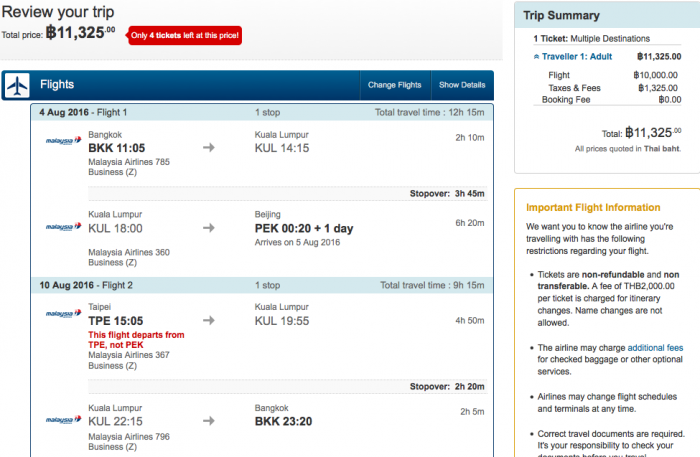 The same example of an open jaw ticket (return from a different airport) can be replicated with Seoul or Tokyo. You can buy a cheap ticket either with cash or miles out of China to any of these airports and as long as you don’t exceed 72 hours for Beijing you are allowed to stay in the city without a visa.

These fares have many advantages since the destinations are actually very nice and useful for a holiday or business trip. You can incorporate many cities in one ticket as the open jaw shows and even go as far as include an overnight (transfer up to 24h) in KUL for the same price or a longer stopover for 1500 THB extra.

As far as the service on board is concerned I actually like Malaysia Airlines and always found the crew to be very pleasant. The food is decent with the signature Malay satay and on some routes including all the A330/B777 operated ones you can actually pre-order your meal and select out of an extensive list of very nice dishes through the ‘Chef On Call’ option (see here).

These fares have been coming and going for the last two years but weren’t available for at least 2 months now. I was actually waiting for them to come back again and it’s finally the case as I needed to book a ticket to Tokyo and out of Taipei for August and was short before buying an award ticket.

You can collect plenty of Tier Points with these fares and for a very low price. 260 USD for a roundtrip to Beijing and in return 360 Tier points is crazy. Seoul and Tokyo ex Bangkok are great as well with 650 USD per Ticket. If you do an open jaw with Beijing and Tokyo the price goes down to 16,200 THB (420 USD). 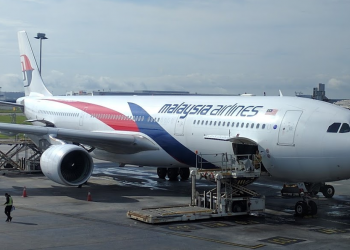 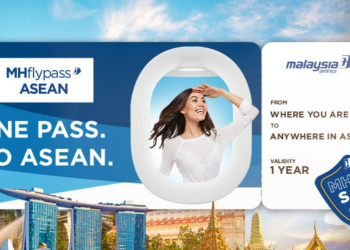