Air Transat: Two Pilots Arrested In Scotland For Being Drunk Before Toronto-Bound Flight

Authorities in Scotland have arrested both pilots of an Air Transat flight to Toronto for being under the influence of alcohol just before getting the flight ready for departure when cabin crew notified police. 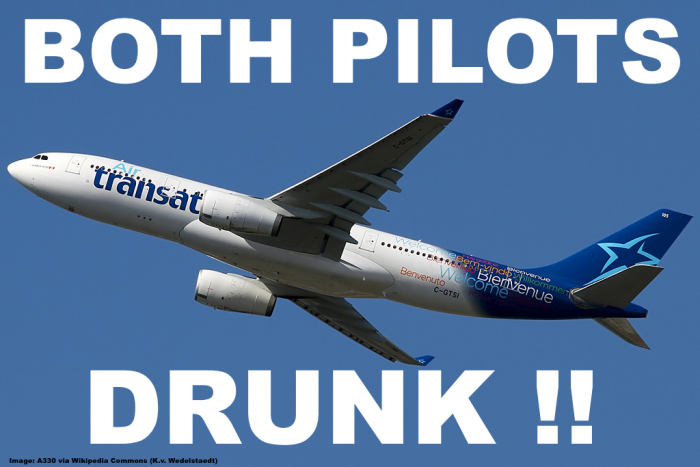 The flight from Glasgow to Toronto had to be cancelled with the passengers being accommodated locally and flown back today (Tuesday).

Those pilots must have loved the Scottish whiskey a bit too much and it came back to haunt them with pretty bad consequences for everybody involved.

Two Air Transat pilots have been arrested in Scotland on suspicion of being under the influence of alcohol before they were due to fly a transatlantic flight to Toronto yesterday, authorities say.

The captain and first officer — aged 37 and 39, respectively —are scheduled to appear in court today to face charges of being “impaired through alcohol,” according to Police Scotland.

The plane’s cabin crew raised the alarm Monday afternoon at Glasgow Airport  shortly before Flight TS725 with about 250 passengers was to depart for Toronto.

Air Transat, a Montreal-based airline that operates both scheduled and charter flights, says it will not comment until an investigation is completed.

“Air Transat has learned of the arrest on July 18 of two crew members assigned to its Glasgow-Toronto flight,” airline spokesman Pierre Tessier said in a statement. “We will await the results of the investigation and judicial proceedings before commenting on the matter before making any further comments. The safety of our crews and passengers is, and will remain, a top priority at Air Transat.”

This is going to cost Air Transat plenty of money considering the aircraft has to stay in Glasgow for another day, passengers being put up at hotels and most of all they are entitled to 600 EUR compensation each under EU law.

I can imagine it’s not easy for the cabin crew (likely the purser) to make the call and notify local police that your captain and the first officer appear to be drunk.

I have flown Air Transat a few years back and found them to be a decent carrier that operated clean aircraft and had good service. Of course as airline management you don’t have completely influence over your staff and even though one would think a pilot is a responsible individual cases like these show that having a few drinks can sometimes get out of hand.

Back in April LoyaltyLobby wrote about a tendency of misconduct cases among pilots (see here) and even though the article is about pilots in the U.S. it provides some insights that cockpit crew is sometimes drifting off course in more ways than one. 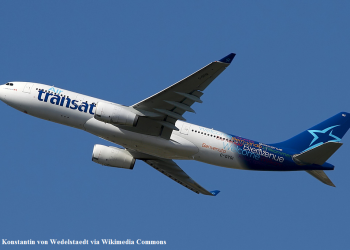 Air Transat Bailed Out By The Canadian Government

Air Canada's purchase of its competitor, Transat, fell apart after the airline failed to get approval from the European Union... 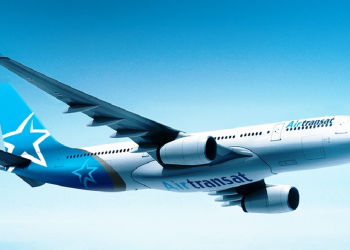 Air Canada agreed to purchase Air Transat, pending government approvals, back in 2019. The purchase price was slashed by 72%...

Air Canada agreed to purchase its Canadian rival Air Transat for C$720M back in August 2019 (read more here), and...