A passenger on board an American Airlines flight from Charlotte to Detroit was harassed and discriminated against by a flight attendant who used the public address system to call him out. 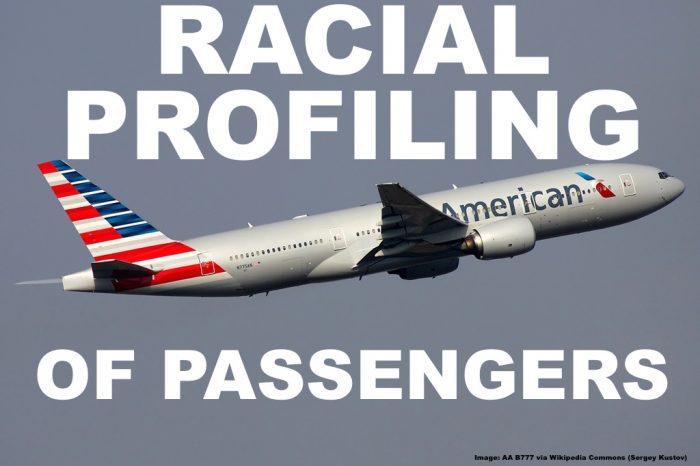 The incident which took place in December of 2015 reportedly involved the FA using the PA system to announce the passengers name, seat number and that she would be ‘watching him’.

Not enough with that, after the passenger then complained to two other crew members he was booted off the aircraft as he ‘made the first air stewardess feel uncomfortable’. How inconvenient for her!

The Independent (access here) has a story about the case which has in the meanwhile been forwarded to the U.S. Department of Transportation (DOT).

A Muslim man was removed from an American Airlines flight after a flight attendant publicly announced his name, seat number and said she would be “watching” him.

Mohamed Ahmed Radwan had boarded a plane in Charlotte, North Carolina and the flight attendant went to the tannoy and said: “Mohamed Ahmed, Seat 25-A: I will be watching you.”

The employee made no other announcements about any other passenger.

Mr Radwan asked the employee why she had made the announcements. She reportedly responded that he was being “too sensitive”.

The passenger then reported the incident to two other American Airlines employees. He was told he must leave the plane as he had made the first air stewardess “uncomfortable”.

As I said so many time I think that the flight attendants in North America are out of control. They have been empowered to a level where they feel like the first line of defense in national security matters. In reality many of them appear to be just miserable and unsatisfied with their jobs on a daily basis often picking on passengers such as in this case. What is the logical justification in calling a passenger out like this without any reaction from the guy which could have triggered such a response?

The Council on American-Islamic Relations has filed a complaint about the incident, which happened in December last year, to the Department of Transportation after failing to resolve the matter directly with the airline.

CAIR’s staff lawyer, Maha Sayed, wrote in the complaint that Mr Radwan was “singled out” and “unjustifiably” removed from the plane due to racial discrimination.

Yet another flight attendant on a power trip that should be removed from her job. People like these are more of a threat to the public than the individuals which are being profiled and harassed by the crew members in question.

It’s pretty telling that American Airlines seemed unable to resolve the matter or to give anything more than lip service. The video material in the article referenced above is very clear than the situation was escalated without any reason by the crew who ganged up on an innocent passenger.

Airfare of the Day [Business Class] AUSTRIAN AIRLINES London to Bangkok from £1,594