A LoyaltyLobby reader emailed me a question that must be in the minds of many that are scheduled to fly on Turkish Airlines or those that have stays in Turkey scheduled. 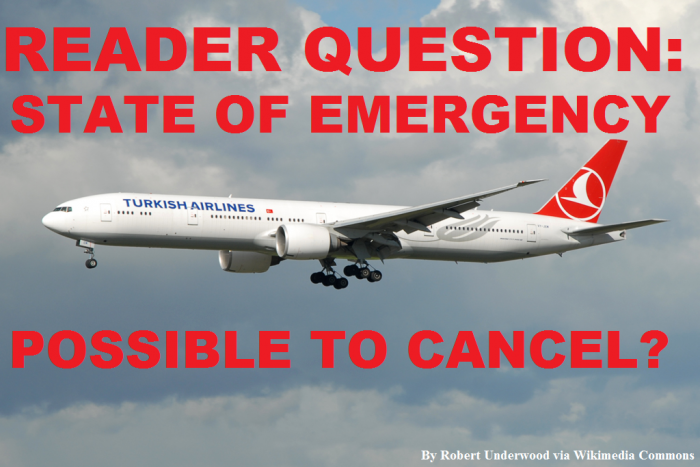 Sir we purchased 2 tickets on Turkish airlines for delhi To Washington, D.C. Yesterday.

Just 3 hours after the purchase we got news about emergency declared there. We don’t feel safe anymore to travel and if I change now the fares on other flights are like 1.5 times of what I able to book.

I saw your post earlier about some passenger getting to change to other star alliance partner when USA banned Turkish for 2 days.

Can our case stand to change the tickets to other Lufthansa or Swiss or other as we don’t feel safe to travel Via turkey due to emergency declaration there. We flying out on 30th July ex delhi.

If yes can we get email of someone in Turkish as Indian customer service is not good here as per past exp.

Request to revert directly to us also and not on answered questions on your page only as we bit short on time.

The tickets at the last minute tend to be expensive and that is probably the case over here. You may have luck getting Turkish Airlines to refund the current ones but I don’t believe that they would endorse you at their expense to other airlines.

The FAA banned direct flights from Turkey for few days while the things were settling down. The order was soon canceled, however. Those that were scheduled to fly during that time period were rebooked on later flights or on other carriers.

Generally the Turkish Airlines customer service is not very good. There was huge weather related issue in Istanbul during the end of 2015 and many were stranded at the airport. Turkish Airlines was terrible at handling the issue for affected passengers.

The real question here also is that do people find it not secure to fly on Turkish Airlines or visit Turkey due to the state of emergency that will probably last for months?

There have been quite a few bomb blasts in Turkey over the past year or so that has reduced the number of visitors to Turkey drastically. Then there was the spat between the Turkish and Russian governments that appears to have now been resolved. Russians (at least used to) flock to Turkey on their vacations.

Hotels used to be VERY expensive in Istanbul but the prices have crashed 50% to 70% based on my personal visit to the city this past May.

I believe that this is probably the best time to visit the city. The tourists are gone and hotel prices again reasonable.