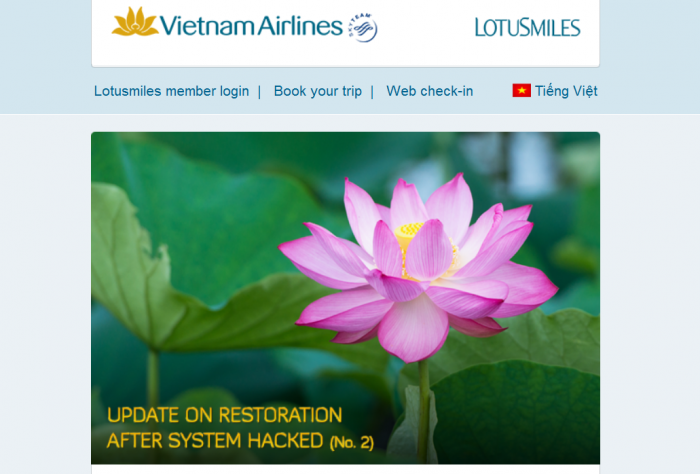 Vietnam Airlines apparently still has issues trying to get its Lotus Miles frequent flier program up and running after the breach. They have released the following statement and emailed it to the program members. 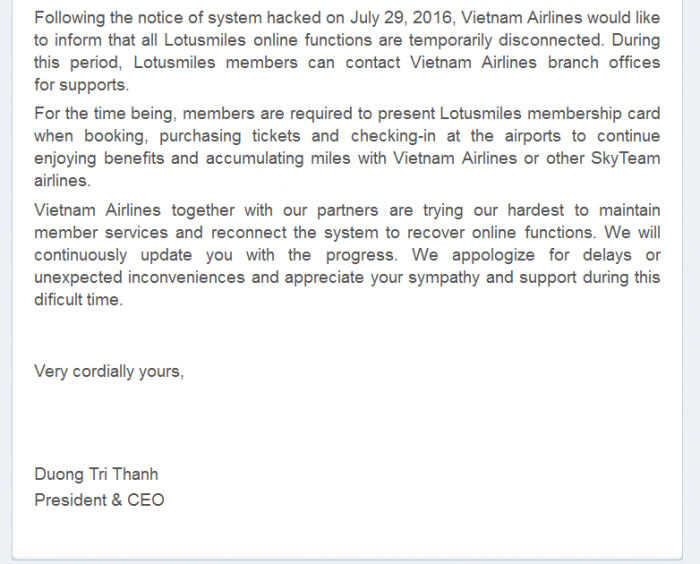 It is rather inconvenient to having to show your frequent flier card at every point of contact such as having access to SkyPriority lanes at the airport (check in, security and boarding).

Let’s hope that the airline can swiftly restore the online access for redeeming miles. Having to deal with offices is very inconvenient.

Airfare of the Day [Business Class] VIETNAM AIRLINES Singapore to Paris from $1,806

Airfare of the Day [Business Class] VIETNAM AIRLINES Hong Kong to Paris from $1,903

Airfare of the Day [Business Class] VIETNAM AIRLINES Singapore to Frankfurt from $1,792