A DHL Cargo plane arriving at Bergamo, Italy from Paris didn’t manage to stop on time and ended up overshooting the runway before coming to a halt on a public road behind the runway. 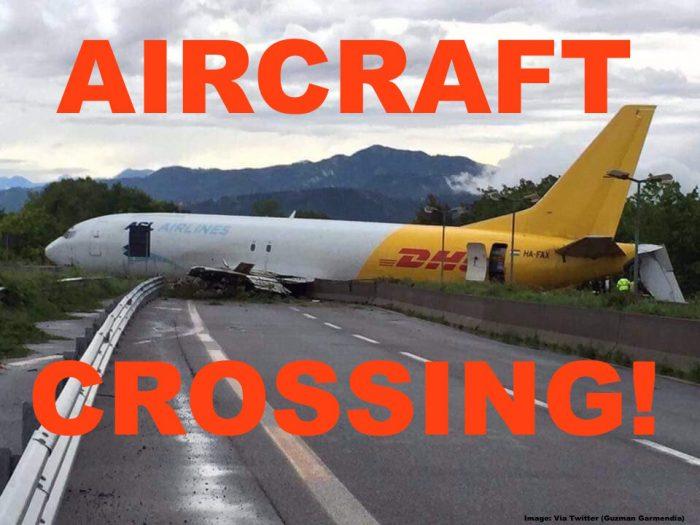 Thankfully nobody was harmed in this still very serious incident but the motorists now have to somehow circumvent the big bird that is stranded on their road.

As can be seen from the image the aircraft is blocking almost the entire road in both directions which provides extra incentive for the authorities to clear the way as soon as investigations allow for the aircraft to be moved.

The Guardian (access here) has some more details including a short video.

A cargo plane has overshot the runway at Bergamo’s Orio al Serio international airport and crashed into a road. The airport in Italy’s Lombardy region was temporarily closed after the incident which happened at 4am Friday morning.

Dramatic pictures showed a 737-400 aircraft belonging to courier firm DHL wedged onto a road at the end of the runway. 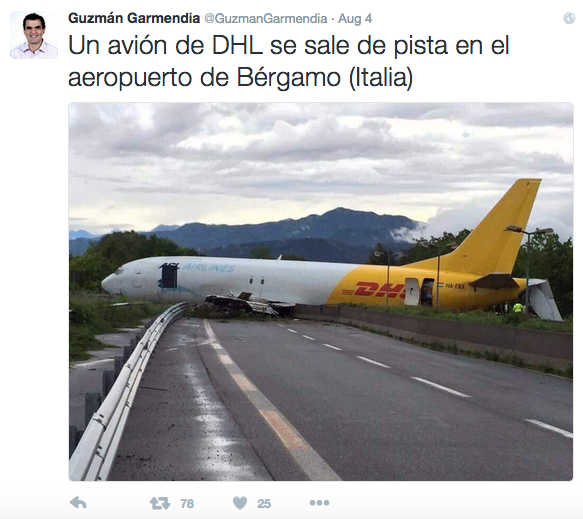 No one was reported to have been hurt in the crash with the crew escaping unharmed. The Italian air regulator, the National Agency for Civil Aviation, said some flights had been rescheduled and rerouted through Milan’s Malpensa airport.

In the meanwhile a funny accident report surfaced on social media and I can’t make up my mind if it’s fake or actually real. 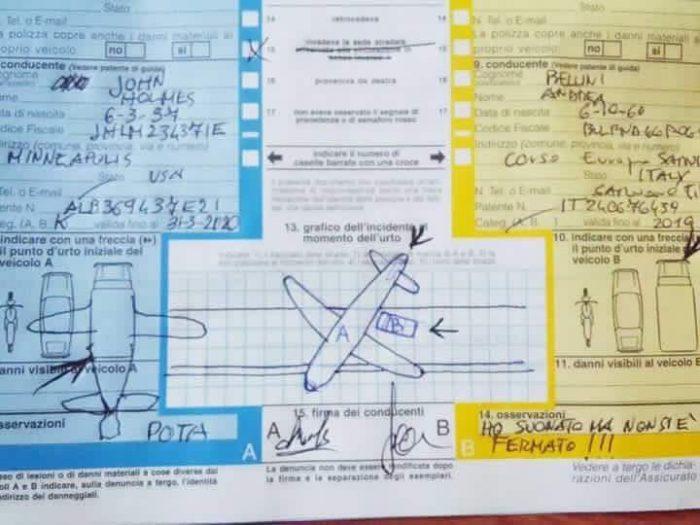 My bet is that this must be fake considering the images of the crash site but it’s at least some humor involved in a serious situation.

Good that everybody involved escaped without injury as overshooting the runway can have serious consequences depending on the terrain behind it. Would this have been anything else but a quiet country road there could easily have been fatalities.