Delta Air Lines is streamlining its Tokyo hub in Narita that it inherited from Northwest Airlines. 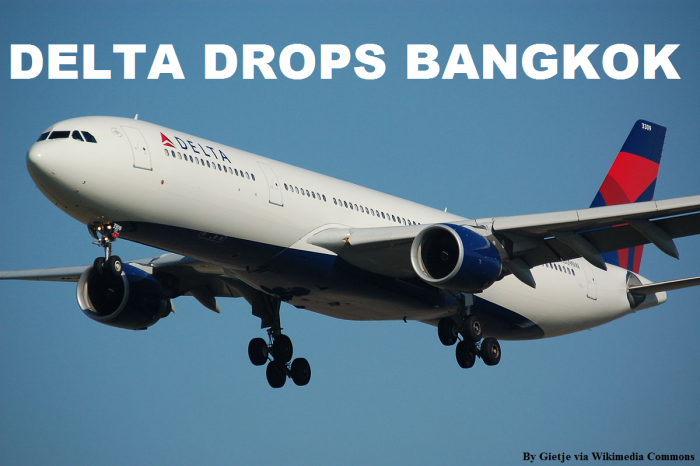 The airline made an internal announcement yesterday about route restructure affecting Narita that includes dropping the Tokyo – Bangkok route altogether. 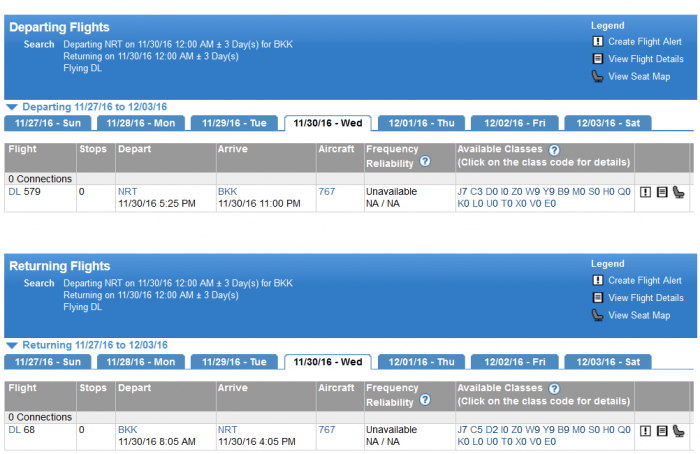 The route ends per internal announcement on October 30, 2016, but the airline still hasn’t zeroed out the inventory. Passengers ticketed on this route are likely moved to JAL, ANA, or Thai that all offer non-stop service between the cities.

Airlines used to have many of these so called fifth freedom routes but they are slowly disappearing. United used to fly between this city pair but has already ended the service. Airlines rather use partner airlines for these flights.

There are number of similar flights between Bangkok and Hong Kong by Emirates, Sri Lankan, Kenya Airways, Royal Jordanian (have flown with them all) and probably others too.

Sad to see these foreign hubs, fifth freedom and tag flights to go. They usually offer competitive pricing, although often at inconvenient times.