Le Club AccorHotels has launched sports (Olympics?)-related quizzes for free points for those that have their accounts based in Brazil (no sure if works for others as well). 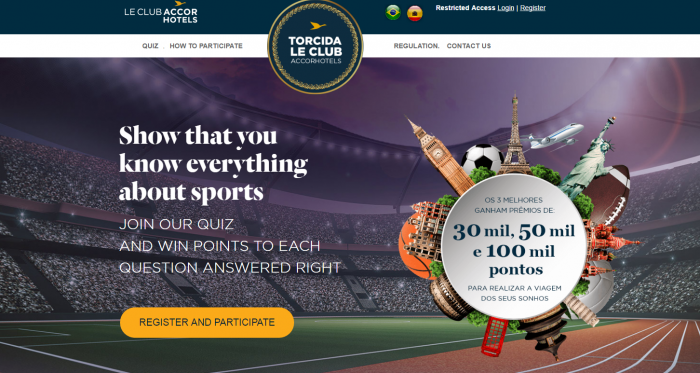 Here’s how the game will play out: 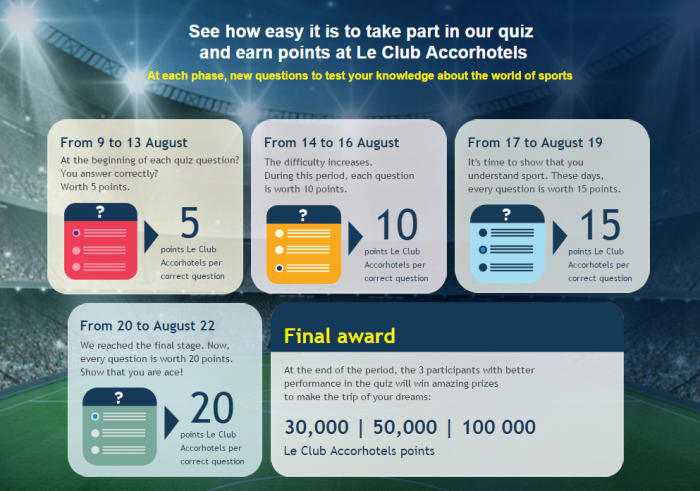 These should be some easy and free points for those that have their Le Club AccorHotels accounts based in Brazil.

Seems that Accor is not sponsoring Olympics as you cannot see them referring to the even on-going in Rio de Janeiro at all, although one can guess why the timing of this game now…

Here are the terms and conditions (Google translate from Portuguese):

7.DATA, FORM AND DETERMINATION OF LOCAL

9.LOCAL WHERE THE PRIZES WILL BE DISPLAYED

12. STATUTE OF LIMITATIONS OF PRIZES

This promotion was authorized by the National Centralizing Trade Promotions – Caixa Econômica Federal.