Today Whine Wednesday will talk about fake taxis and drivers who will give you fake money in exchange for your fare while visiting destinations in China. 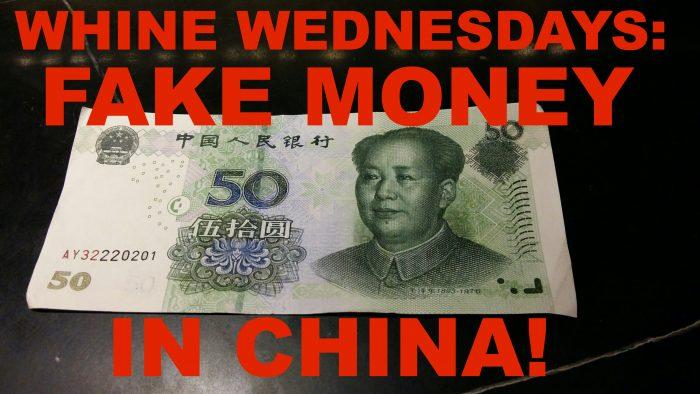 Fake money is a rampant problem in China to the point where almost any business has a money checker next to the cash register, even though their largest note is 100 RMB (16 USD).

I arrived at Beijing Capital Airport on the Malaysia Airlines flight which gets in at 12:20am and immigration took almost an hour due to only one immigration officer working the ‘foreigner’ counters. After exiting into the arrivals area it was already an ungodly 1:30am after which I had to go online with my notebook to deal with some matters. I ended up going to the taxi stand at 3:00am And only one taxi was waiting there.

Usually you wouldn’t suspect to be confronted with something such as a fake taxi at an airport and this is actually the first time it happened to me in 11 years of visiting China but I guess there must be a first time for something.

The taxi was an excellent replica of a real Beijing cab including signs. It even had a (fake) meter which actually printed a receipt (that had bogus information on it according to the hotel staff).

A fake taxi isn’t my primary concern. Beijing and other Chinese cities have plenty of ‘Black Taxis’ that operate without a license especially in peak demand times. These are often private cars that don’t even look like taxis at all.

What was the problem with this cab is that driver was a complete prick, the car smelled like gasoline and the charges were ~ 25% over what it normally costs. But the final straw was when he started to mess around with my 100 RMB notes I just got out of the ATM, handling them as if they were fake.

This is a common trick, the drivers or counter staff quickly change the bill against a fake one. I signaled him after he rubbed them for like a minute that I have enough of his BS and he should give me my change. In fact during this entire time I took a video of him because I felt like something was up. On top of it all the St. Regis Beijing had no door staff at 5am and nobody came out even after i leaned over and honked twice. 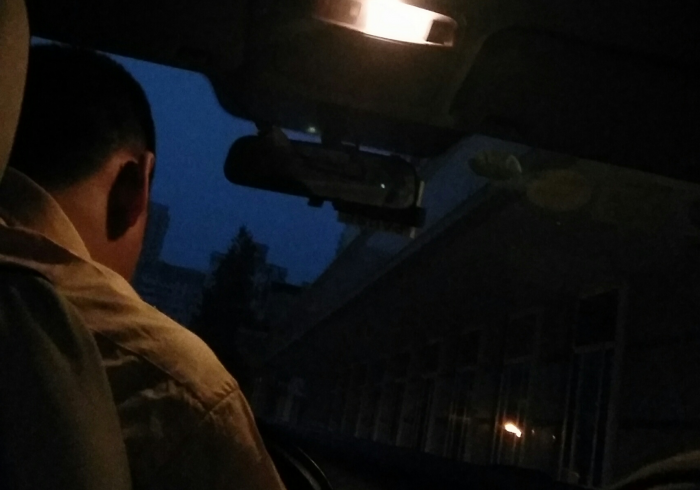 I ended up getting 72 RMB in change of which the 50 was fake as I later noticed under clear light. It would have been difficult to identify this fake money in the cab without proper light and it was still pitch dark outside so I first realized it when I saw it on the check-in counter. All things considered I decided to do something that even locals never do: Have the hotel staff take me to a police station and file a report. The hotel supplied CCTV printouts with the car details and I left the fake receipt and bank note with them.

This was a bit difficult, the officers were just ending their night shift and when the hotel first called they first refused to get involved but I think the hotel staff didn’t explain it properly. They explained it as a taxi complaint, not mentioning the fake money. Since the guy was not a real taxi driver there is no point complaining to Beijing Taxi since they are not responsible.

The police station is only about 1.5k from the hotel so very near. Even though this whole procedure took an hour to complete I feel you can’t marginalize reporting crimes by time and effort required, otherwise the majority will go unreported and nothing will ever be done about them (not that I expect a lot to be happening in this case but still).

John wrote a piece in the very early days of LoyaltyLobby (see here) where he talked about various taxi and currency scams around the world.

Be careful when you pay with 100 RMB notes in China, especially in taxis or some shady stores and street markets. The ‘fake money’ trick is well known but this is the first time I heard about getting fake smaller notes back.

If you are concerned about the fake taxis try to spot the drivers taxi license which has to be visible. I never had an issue at Beijing airport or the city before, even during rides I took in the night. The damage here was only 50 RMB and a bit overcharge, so nothing serious apart from the fact that the money was fake.