Regulators have upgraded Indonesia to a ICAO Category 1 nation in terms of aviation safety standards, a rating the country lost in 2007 and that prevented it’s national carrier Garuda Indonesia from flying to the United States.

A lower than Cat 1 rating also prevents airlines registered under that nation to codes hare with U.S. carriers which is especially painful since Garuda has joined SkyTeam of which Delta is the biggest airline.

With the path now cleared, the FAA has confirmed that Indonesia is compliant with Cat 1 standards and the Department of Transportation can accept applications for routes lodged by Garuda if they so wish.

FAA has upgraded Indonesia’s safety rating to Category 1, clearing the way for Garuda Indonesia to launch flights to the US.

The status change comes after Indonesia spent more than nine years labeled Category 2 under FAA’s International Aviation Safety Assessment Program. FAA downgraded Indonesia to Category 2 in April 2007, stating that the country was “no longer overseeing the safety of its airlines in accordance with international standards.”

Category 2 disallows carriers in the country so designated from starting new service to the US or codesharing with US airlines. Garuda has said it wants to start flights to the US, but was waiting for FAA to upgrade Indonesia’s safety status. …

Garuda has signaled its intent to aggressively expand long-haul operations by making commitments to acquire up to 30 Boeing 787-9s and up to 30 Airbus A350s and, most recently, 14 A330-900neos.

This shows the impact these safety ratings have. Thailand was downgraded to a Cat 2 country last year and this now impacts Thai Airways which signaled that they want to expand with new routes into the U.S. again that they can’t do until Thailand will be re-certified.

Garuda Indonesia is a great airline s far as long haul equipment is concerned. Especially their First Class is fantastic and passengers will certainly enjoy their service once available. Delta customers might also profit from code sharing in the near future. 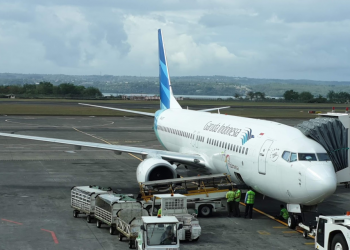 Garuda has launched an exciting feature to its GarudaMiles frequent flier program that allows members to upgrade their status by...

A LoyaltyLobby reader sent us a question regarding possible issues with Turkish Airlines (Star Alliance) marketed flights operated by Garuda... 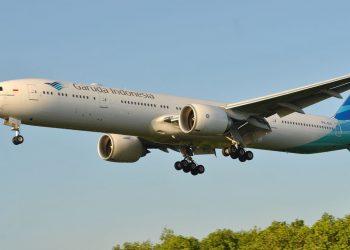 Garuda Indonesia is in the news again and this time it's the CEO who is making headlines as the authorities...