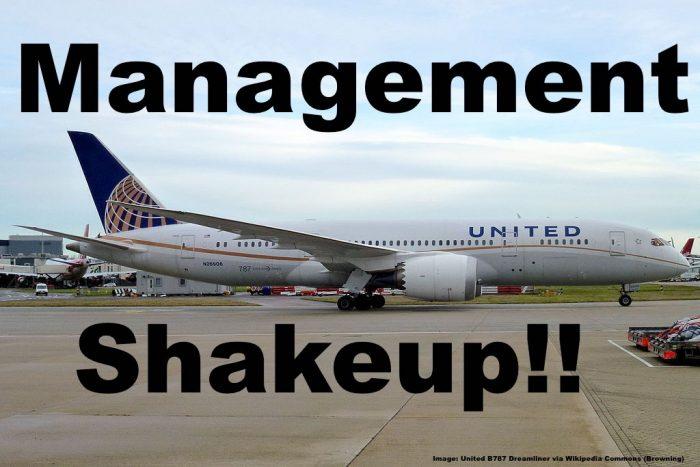 The shakeup sees several positions of executive management with new heads, a move that was somewhat overdue but likely the result of Mr Munoz’s unfortunate health condition shortly after his appointment.

After the ex-CEO Jeff Smisek left United disgraced including allegations of corruption with the head of the Newark Port Authority Samson who also left his post and has since pleaded guilty (see here) to allegations involving United Airlines sweetheart deals including the airline scheduling a flight just for him.

United Airlines was in urgent need of fresh management and the appointment of CEO Oscar Munoz was welcomed by most in and around United. Short after his arrival however, Munoz had to undergo treatment for a heart condition which likely delayed changes in senior management positions at the airline.

Now that everything is up to speed the Business Insider (access here) reported that changes are imminent.

United, the No. 3 U.S. airline by passenger traffic, said Andrew Levy will become CFO, filling the job that has been vacant for more than a year. Levy had multiple roles including CFO at low-cost airline Allegiant Travel Co .

United urgently needed to fill these positions and provide fresh blood in senior management roles to steer the airline back on course.

There was a lot going on over at United and it was certainly not easy for their executives to steer the airline during the last year considering all the dirty laundry with Smisek and the Newark Port Authority.

On top of it all they only had an interim CEO while Oscar Munoz received medical treatment so let’s hope they now have enough room to maneuver and make changes where competent management can make customers and staff well taken care of again.