Starwood Preferred Guest (SPG) is about to launch their next promotion called More For You that is valid for stays between September 12 – December 12, 2016. The registration opens on September 12.

During the promotional period members can earn double Starpoints for weekday stays and triple for weekend ones. The minimum stay length is two nights. 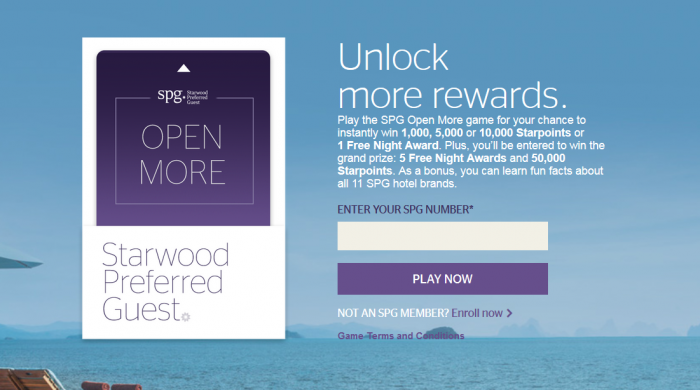 SPG also has a sweepstakes that you can enter daily until September 12. You can win one of the prized listed below instantly and the grand prize of 50,000 Starpoints and five one night awards.

Note that to participate in the sweepstakes your account must be in one of the following countries: 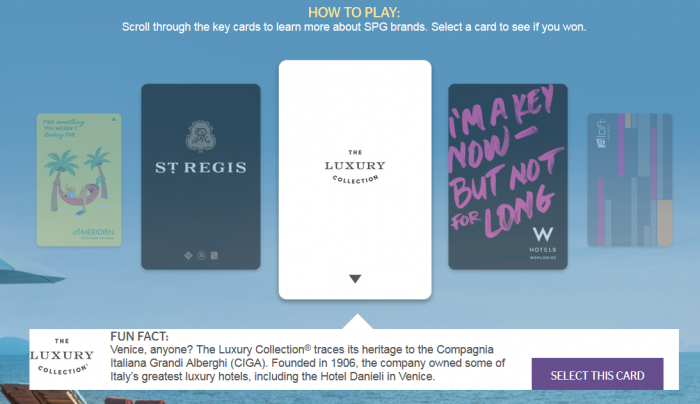 You need to choose one of the 11 branded key cards to see if you wee lucky on the instant win game.

I didn’t win… at least not today.

Fairly usual promotion from Starwood that has a greater emphasis on weekend stays when business hotels tend to be emptier. I will have another post about this promotion when it goes live next month.