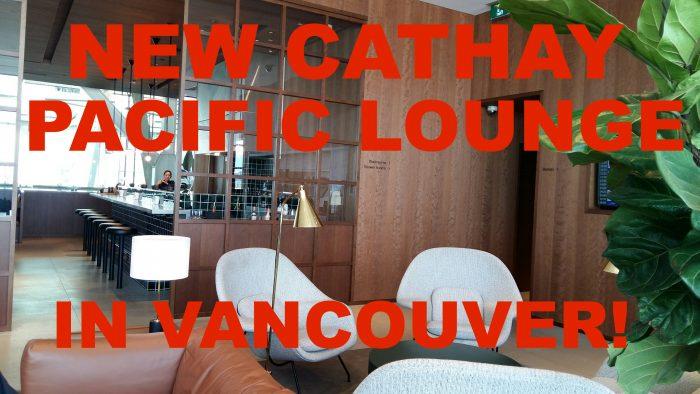 The lounge features Cathay’s new design which includes comfortable leather couches, a live kitchen and wide variety of food and beverage options, but will no longer offer passengers a separate First Class section.

Previously the Cathay Pacific lounge was located right behind the security checkpoint, and you had to take an elevator up, but it has now been moved to the new location in the gate area.

I was impressed as I didn’t expect Cathay to invest in such a nice lounge at Vancouver even though the airline operates three flights daily (2x to Hong Kong, 1x to New York JFK) out of YVR so there is certainly potential to save money by using their own lounge instead of sending passengers to the Plaza Premium Lounge which is what Japan Airlines does (they only have one flight daily though).

Thankfully you can use other oneWorld Lounges as well so the choice to go to Cathay Pacific was certainly a good one. 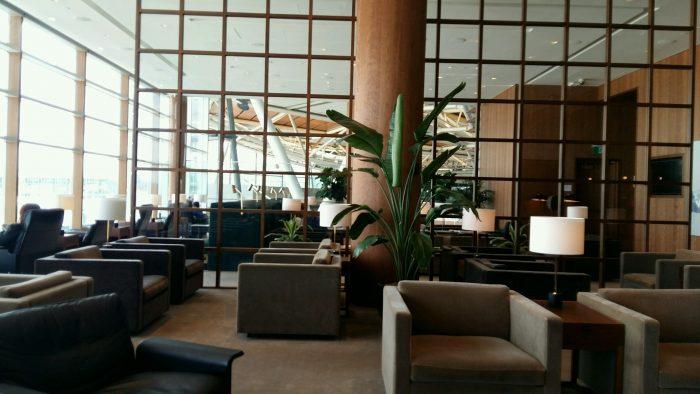 You also have a nice view of the tarmac:

Is the fact that they no longer offer a First Class section a big loss? Hard to say because when I was there it wasn’t very full as there was only the Japan Airlines flight leaving so I can’t say how it is when the place is packed with Cathay passengers.

I think it’s much more comfortable though than the old place ever was and the only difference for First Class / Emerald passengers was that there was a smaller, separated area and a small bottle of Moet Champagne. I personally can do without both.

The late night New York JFK flight that Cathay Pacific operates as 5th freedom route also leaves from the international terminal as the U.S. pre-clearance is closed at that time (22:40h).

Cathay Pacific has introduced many new lounges, including in Bangkok, where they opened a new lounge in the same design scheme last year. It makes traveling on Cathay or other oneWorld airlines much more pleasant when you can access these lounges instead of the old tired decor. The live kitchen that offers hot dishes is a nice touch as well.

Airfare of the Day [Business Class] CATHAY PACIFIC Tokyo to Bali from $1,356