It’s our weekly Compensation Clinic again and today I want to bring up a case I had on Friday when the Airport shuttle bus from Taipei Taoyuan Airport (TPE) broke down en route to the city. 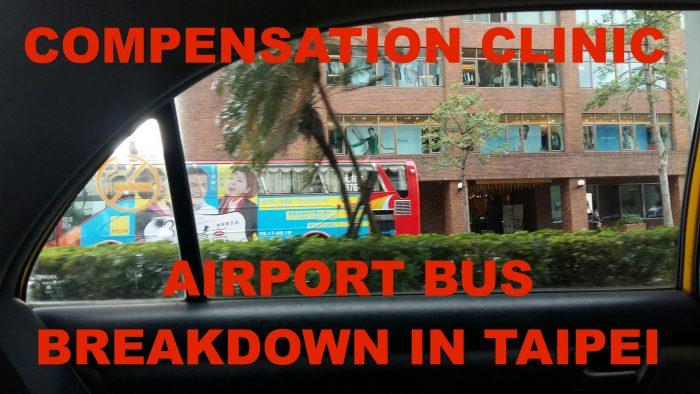 Since the Bus had to cease operation completely at it’s first stop in the city I ended up taking a taxi and requested the bus company to refund my ticket in which I succeeded.

Taipei Taoyuan Airport is pretty far away from the city and a taxi can be expensive, however there are several bus companies that bring you for just 145 TWD (7$) to convenient stops in Downtown Taipei including right in front of the Grand Hyatt and also City Hall station at the same complex where the W Hotel is which is where I was staying.

The bus company I always use is Citi Air Bus (see here) and the service has so far been reliable though the ride takes approximately 1-1.5h. 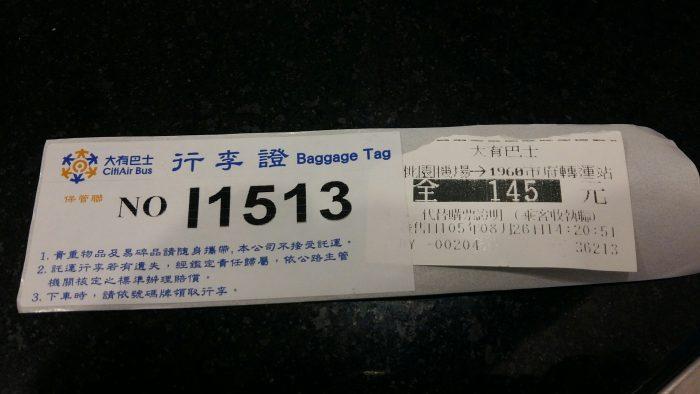 This time the bus started to have alarm bells going off half way and the driver phoned their head office on the way as he was unable to shut it off. Apparently some motor issue and it required cooling water. Once we reached the first stop he told passengers this bus wouldn’t go any further and we could either wait for the next bus to take us, take the subway (close by) or a taxi.

I chose a taxi since I wasn’t that far from the City Hall area (maybe 3-4 km) and ended up paying 150 TWD for the cab fare.

After check-in at the W I went downstairs and requested a refund which was eventually cleared with someone from the company even though the lady working there didn’t seem to understand the concept of a refund at all. Even if the company fails to bring you to your final destination.

Even if it’s just $7 but it was a huge waste of time and inconvenience. I don’t see why I would have to pay double the fare just because their equipment brakes down. Things happen but then there has to be some remedy. I’m certain I’m the only person who requested and received the refund of the fare.

One of Thailand's most prolific businessmen, American-born Bill Heinecke who is the founder of MINOR Group which owns hotel brands such as Anantara has...

UK May Not Allow Foreign Travel Until Early Fall (August)