Malaysia Airlines seems to have taken additional steps towards the typical antics of low cost carriers which demonstrate a large scale cutback in their operations to save money. 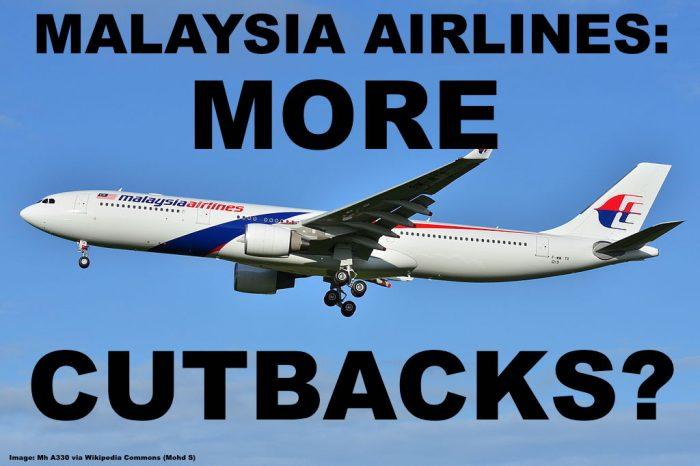 While not serving alcohol on shorter flights (up to 3h) has become common practice since early 2016 this now has expanded to even longer flights (4h+) and printed menus also appear to have been scrapped.

I was surprised about these recent changes when I flew from Taipei to Kuala Lumpur on Sunday afternoon.

Over the last few years I’ve been flying Malaysia Airlines frequently within Asia as I was able to combine the really low Business Class fares ex Bangkok we wrote about with my actual travel needs to China, Taiwan and Japan. Even though the seats on MH regional flights operated by Boeing 737 are recliner style I find them perfectly fine for a daytime flight around 4 hours.

The most recent sale ex Bangkok to various destinations in Asia was the lowest Malaysia Airlines ever offered (i wrote about them here) with 270$ return fares to Beijing and 310$ open jaw return from Taipei.

We have to keep in mind though that while these fares are just outrageously cheap, once this promotion ended the tickets are being sold for the usual 1100$ again, and there must be at least some people who pay these rates, even though it might be rare.

The flight to Beijing was fine with absolutely no complaints, operated by their Airbus A330.

In Taipei things got weird though. The first time ever MH didn’t use finger gates but a remote position from the furthest available bus gate. The only other airlines who did this were regional low cost carriers. They announced a Business Class boarding but then filled up the bus with Economy passengers, leading to a big crowd at the stairwell once the bus arrived at the aircraft.

The seats were super filthy and have obviously not been wet cleaned for a long time. I used the cold towel to wipe the armrest off with the result as seen below. In the end the flight was delayed by over an hour. 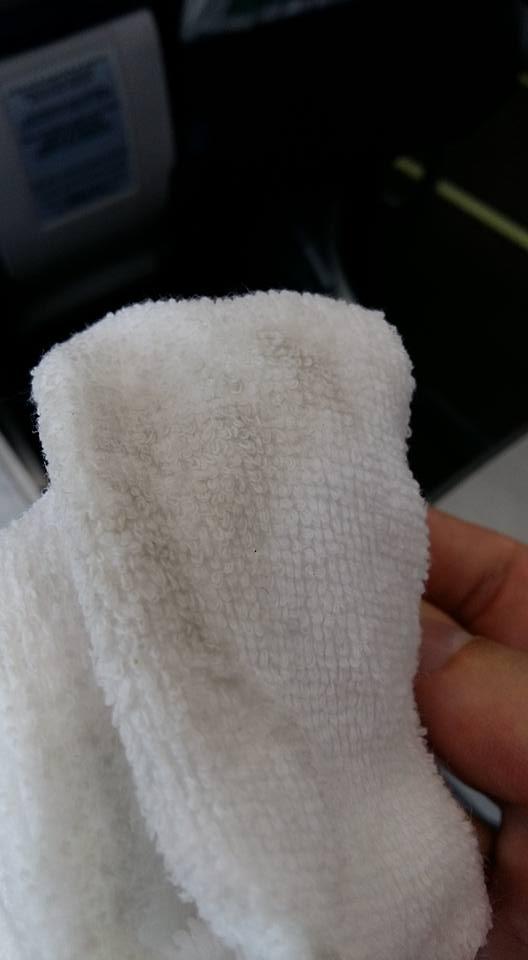 Next thing was that printed menus were no longer distributed, only one menu was available which was kept by the crew. I had a look at it and it didn’t feature any alcoholic beverages whatsoever. Since I was tired from the night before I didn’t bother to eat or drink anything on board except the signature satay and sparkling water.

John wrote about MH’s elimination of alcohol on shorter flights back in February (see here). The Taipei flight is scheduled for 4:40h though and always had drinks before which is why I was surprised.

Likewise for the connection flight to Bangkok as I had a small dinner at the Regional Golden Lounge. I could have gone to the Satellite terminal to access the small Restaurant at the First Class Lounge but figured it wasn’t worth it to go back and forth for only 60 minutes layover and the buffet style at the regional lounge is just fine.

In fact I’m wondering how long it will take until this restaurant a la carte service will be axed since the only genuine First Class Service is the A380 connection to London. On the way to Beijing I needed to print some documents and found out that MH has removed the printers from the Business Center in the satellite terminal which is connected to the First and Business Class Lounge. I ended up going to the Cathay Pacific lounge to print with Malaysia Airlines certainly having to pay for this lounge visit (you can visit unlimited oneWorld lounges on your day of departure).

I see this as an indicator that Malaysia Airlines’ race to the bottom continues and the airline now cuts corners wherever possible.

Don’t get me wrong, flying Business Class for the price of less than the average coach ticket is still great especially with the miles and tier points once collects along the way. As I mentioned though there are also passengers who pay close to the full fare or who use miles on these flights and these people are definitely getting short changed.