JetBlue was the first airline to (re)start scheduled fights between the United States and Cuba flying from Fort Lauderdale to Santa Clara this week.

The inaugural flight B6 387 took off at 9:50AM ET on Wednesday morning for an hour long flight. The airline operates flight B6 388 as the return leg.

American Airlines will have daily service between Miami and Santa Clara. Silver Airways will compete directly with JetBlue with its six weekly flights. 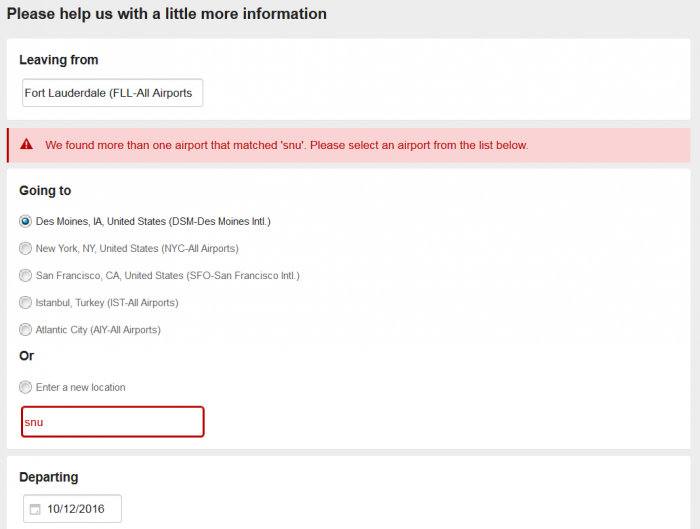 Seems that Expedia is still not selling Cuba flights and cannot understand the airport code.

JetBlue can price the flights just fine. You can get a return flight for $200.

I am not fully convinced that Cuba’s hotel sector is ready for the onslaught of direct US – Cuba flights starting this year. Hotel capacity, quality and prices are simply out of sync. I have visited the island twice.

Although Americans don’t require permission to visit the island now, they are still not allowed pure holiday trips.

There have been charter flights between the United States and Cuba for a long as anybody looking at the departure screens at the Miami international airport have realized. You had to use a specialized travel agent to book any of these flights, however. Those that were barred from entering the island (Americans), could easily slip through Canada, Mexico, Central America or the Caribbean.