Uber has been a very convenient option both in Dubai and Abu Dhabi but the service has now been “suspended” since last Saturday at the UAE capital along with its rival. 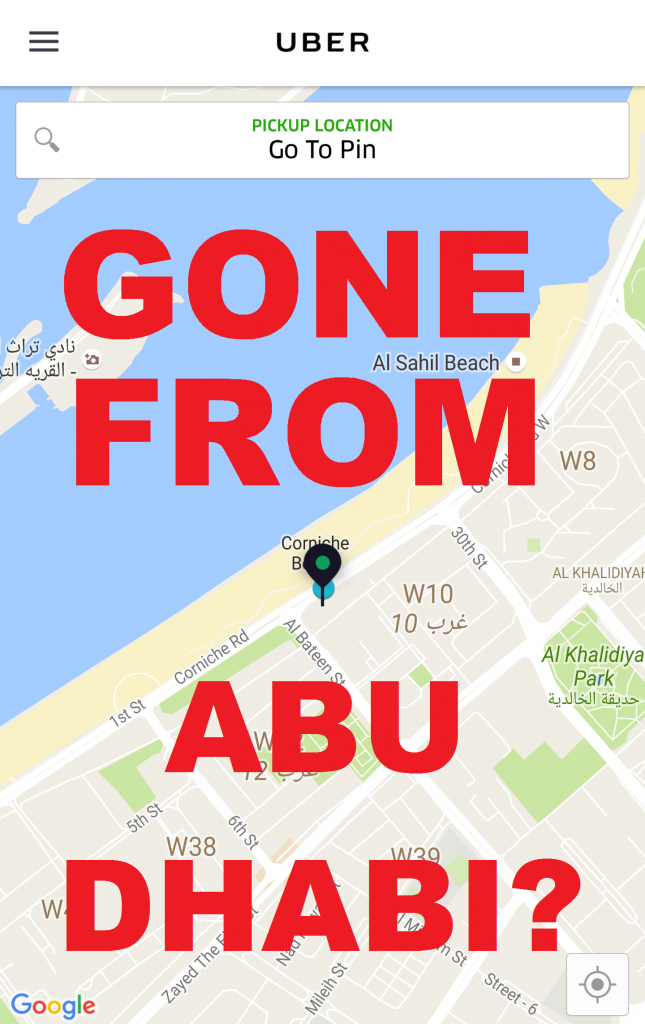 Apparently, police have arrested some of the drivers, and services were stopped to seek “clarity” of the issue on hand.

Here’s an excerpt from Financial Times (access the piece here):

Ride-hailing apps Uber and Careem have suspended operations in Abu Dhabi after the authorities detained some drivers working for Careem in an apparent deepening of a regulatory spat.

US-based Uber and Dubai-based regional rival Careem said they had temporarily stopped their services in the United Arab Emirates capital on Saturday after it emerged that some drivers had been stopped by police.

At least eight Careem drivers have been detained, according to one person familiar with the matter, while local media reported that up to 50 drivers working for the two apps had been arrested.

I had to rely on cabs in Abu Dhabi on Saturday instead of taking Uber. The service is still available in the neighboring Emirate of Dubai, however.

I guess that the number of drivers and users of these services had cut into the profitability of taxis in the city and the rulers decided to do something about it. Let’s hope that they are back online soon.

Marriott and Uber have launched a partnership that allows Bonvoy members to earn points for food deliveries and premium rides...

Airfare of the Day [Business Class] ETIHAD London to Cape Town from £1,426