The United Arab Emirates General Civil Aviation Authority just released the preliminary accident report detailing what happened. The further findings will be revealed when the final report is released some months down the road.

The report refers to “long landing”. There is an example on the YouTube video below (at 2+minute mark) that shows what it means:

A friend involved in aerospace noticed that the report failed to mention that the crew did not use the “TOGA” button on the throttle. This would have automatically aborted the landing and reconfigured the aircraft systems for an emergency go-around rather than having the crew lose precious seconds settings everything manually.

It is also surprising that all the passengers were able to evacuate considering how many of the emergency exits couldn’t be used for one reason or another: 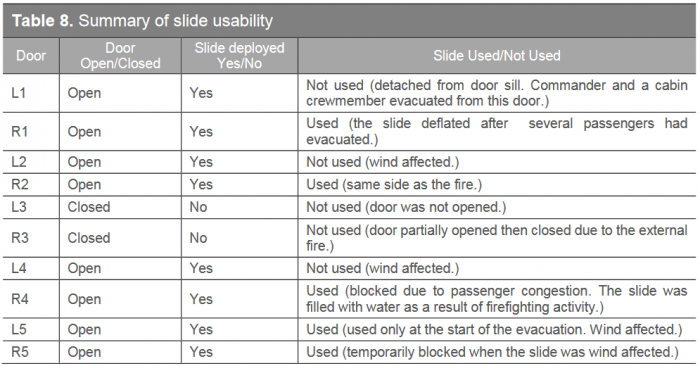 I covered this on my post last month (read more here). Passengers really should evacuate and leave their stuff behind. Nothing is so valuable that lives could be lost. I think that it was luck that no other lives were lost in this incident other than one of the firefighters on the ground.

It must have been mayhem inside the airplane after the failed go-around and during the evacuation considering how many of the emergency exits couldn’t be used.

It will be interesting to see and read the final report when it is released. I don’t know enough about the avionics to read between the lines of this report as to whether the cockpit crew acted correctly or not. It seems from the language of the report that they don’t fault the pilots or their training but insinuate this is a Boeing technical or documentation issue.

Today’s Airfare of the Day goes to Emirates and their midweek business class excursion round trip fares between Bangkok (BKK),... 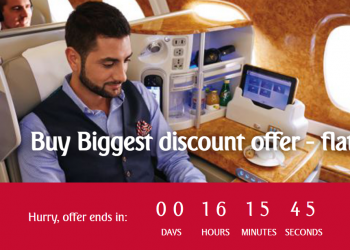 Emirates has launched a new Skywards miles sale with up to 35% off for purchases made through September 20, 2021....

Starwood Preferred Guest (SPG) had partnerships with Delta, China Eastern, and Emirates, while Marriott partnered only with United. Marriott promptly...