The Australian Transportation Safety Bureau has released their final report on an incident involving a KUL bound Air Asia X flight that flew into the wrong direction and eventually had to land in Melbourne. 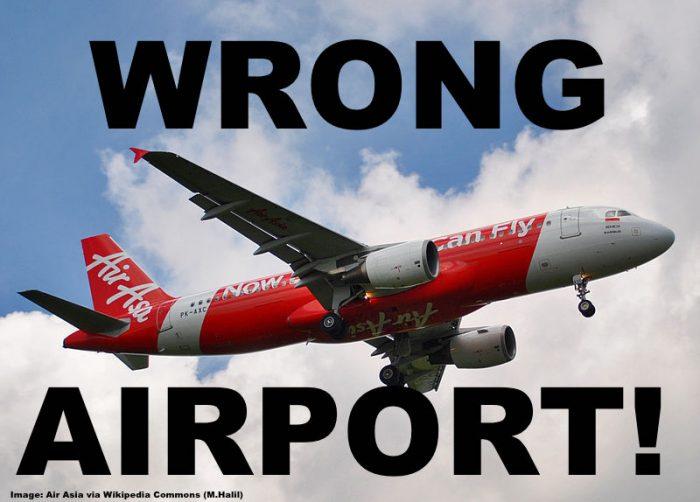 The report exposes that the situation was caused by the cockpit crew entering incorrect coordinates into the flight computer, which eventually caused them to abort the flight and return to an airport.

Originally the crew decided to return to Sydney airport, but the weather situation didn’t allow for it, so instead of flying Sydney-Kuala Lumpur the aircraft flew a wild route and eventually ended up in Melbourne.

CNN (access here) reported about the findings of the Australian authorities.

A flight to Malaysia from Sydney was diverted to Melbourne after its pilot entered incorrect coordinates of the plane’s starting position, an Australian aviation investigation report has found.

Carrying 212 passengers, the AirAsia flight bound for Kuala Lumpur on March 10, 2015, was flying in the wrong direction after takeoff from Sydney, because the pilot had manually entered the wrong coordinates of the plane’s position into the flight’s onboard navigation systems. …

The crew had “a number of opportunities to identify and correct the error,” the report said, but didn’t notice the problem until after the plane became airborne and started tracking in the wrong direction. Several message alerts and sounds suggested the error before takeoff, but the crew ignored them, according to the report.

Once the captain and the first officer realized the mistake, they tried to fix the system. But it was too late.
“Attempts to troubleshoot and rectify the problem resulted in further degradation of the navigation system, as well as to the aircraft’s flight guidance and flight control system,” the report said.

As pilots rely mainly on their navigation system and flight instruments, it’s vital that they function properly and that correct input and attention is given to them at all times.

Some very serious and deadly accidents resulted from not paying proper attention to the functionality or accuracy of flight instruments such as navigation, air speed, or runway indicator.

You can find the full report of the Australian Transportation Safety Bureau here.

Here are some key facts from the report:

The ATSB found that when setting up the aircraft’s flight management and guidance system, the captain inadvertently entered the wrong longitudinal position of the aircraft. This adversely affected
the onboard navigation systems however, despite a number of opportunities to identify and correct the error, it was not noticed until after the aircraft became airborne and started tracking in the wrong direction.

The ATSB also found that the aircraft was not fitted with an upgraded flight management system that would have prevented the data entry error via either automated initialization or automatic correction of manual errors.

Does this mean the pilot isn’t qualified or incompetent? Not based on his background because he is actually a very experienced pilot.

The captain held an Air Transport Pilot (Aeroplane) License with an Airbus A330 command endorsement. He held a current Class 1 medical with a requirement to wear vision correction. The captain had a total of 22,580 hours flying experience, mostly on Boeing-type aircraft flying for other operators.

He had converted to the A330 as a captain approximately 18 months prior to the occurrence, when commencing employment with Air Asia X.

As per the report, the First Officer had a total of 2,200 flight hours under his belt, a tenth of what the Captain had.

Human error is more often than not a deciding factor in accidents or near accidents and mostly it’s a chain of events that leads to a problem. In this case, it started with a pair of faulty ear muffs that prompted the captain and first officer to swap their pre-flight duties, and both ended up performing tasks they weren’t expecting to handle that day (but should be prepared to do so anyway).

Thankfully this incident ended with a safe landing in Melbourne and not with a crash over the open ocean due to a navigation error, especially in light of the other Malaysian airliner MH370 that is still missing to date.