A LoyaltyLobby reader dropped me an email about a hotel management comment left on his TripAdvisor review that was rather negative. 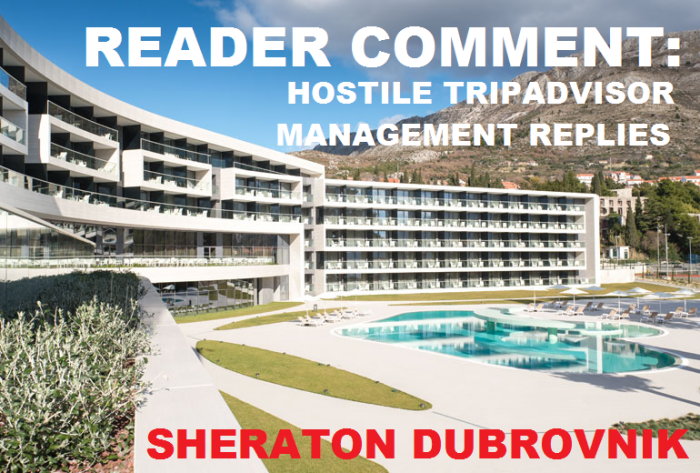 I wanted to share with you some response I received from the Sheraton Dubrovnik Riviera Hotel after I rated a stay at the hotel.

Openly spoken I was very dissapointed. It is offically a 5 Star hotel but the service there is far from 5 stars.

During the stay I was contacted by the front desk manager and I told him all the things internet bad, bad service at breakfast, terrible checkin and so on, but there was no reaction from the hotel.

I enclose the link and 2 screenshots of my review and the response of the manager.

The response of the manager really shows the customer is king in the hotel. During the stay he had no time to take care about the issues.

This was our last stay in a Sheraton Hotel. 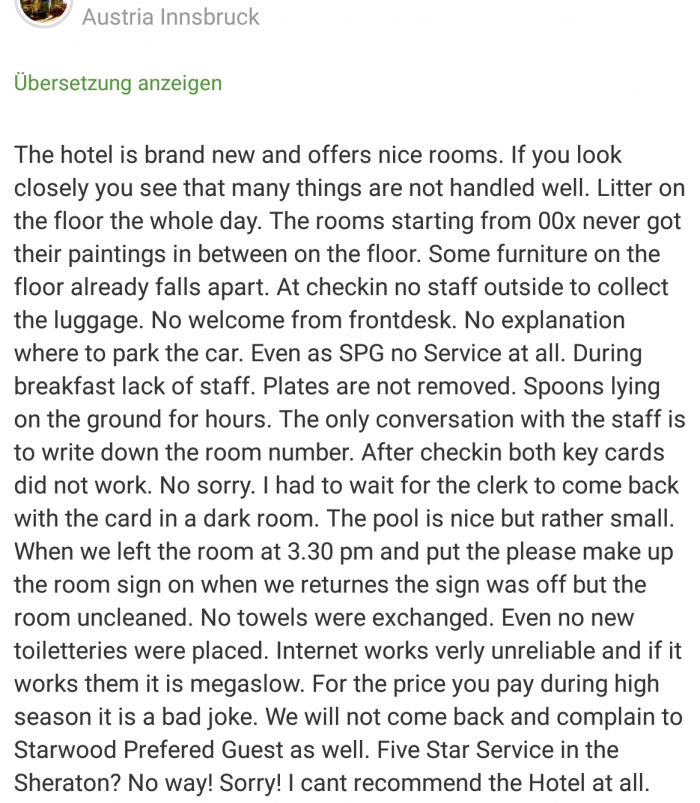 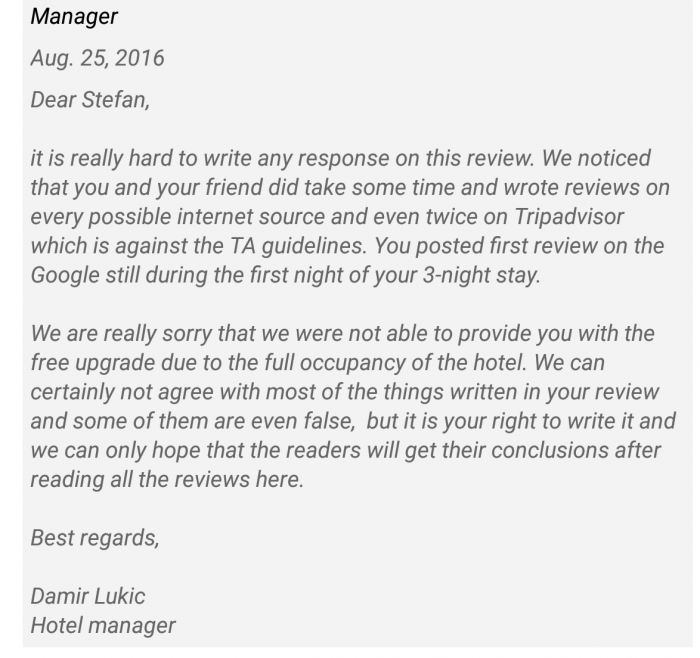 Here are some other lines from the same manager:

“We may and probably sometimes will fail in delivering excellent experience for our guests, but that just cannot be an excuse for such words.”

“Statement that our staff out of service are using sunbeds is a bit too much and cannot be found in any of previous 200 reviews here where for sure it would be mentioned as something totally not acceptable.”

“we apologize for not being on the level of your expectations unlike the other reviewers here. We will not look for excuses, however certain explanations needs to be given because of the other readers.”

Seems that this hotel manager is not very well equipped to reply any comments that are negative or critical as he becomes very defensive and tries to blame guests for any shortcomings..

If you read through the comments there are continuous issues with the internet, SPG elite member upgrades and services provided. I believe that you get a better view of the hotel when reading through the critical reviews rather than the “five star” ones.

The hotel manager should probably leave replying to these comments to someone else and rather spend the time fixing the issues that guests are facing.