Sebastian wrote last week here about using local versions of online travel agencies sites to get the best pricing for international air travel.  To go along with that, if you’re booking directly with a carrier for international travel, it’s always good to check the pricing on the various versions of that airline’s website.  Case:  Norwegian Air

The two websites above may look the same (outside of the language differences), they may let you purchase the same exact flights with the same seats and the same amenities; however, one of them may charge you over $100 or more for the same exact ticket!

I found this out yesterday as I was booking a one way flight I needed to get from Boston to London (as I had booked the return separately).  I first checked Kayak and found that Norwegian had some pretty competitive one way fares (a little under $400 for regular economy and $569 for premium economy).  I went to the norwegian.com website to validate these and to make a booking.  When I first went to the site it asked me to select my preferred country of origin: 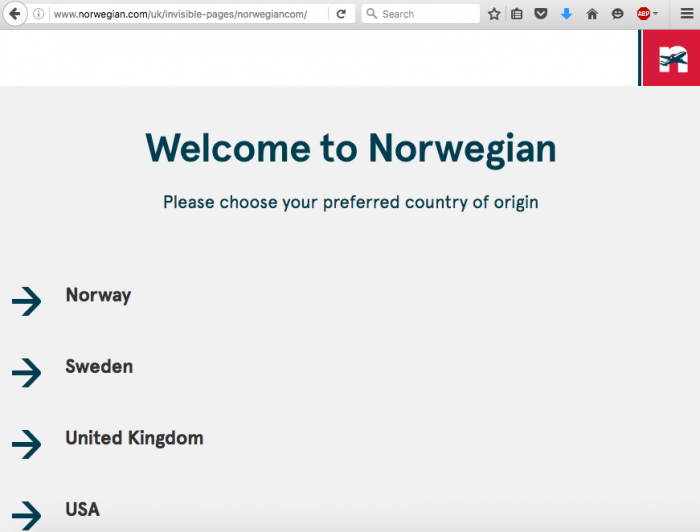 Like I’ve done for many websites in the past, I didn’t think much of it and selected USA as my preferred country of departure, then I input my travel dates and cities and pricing came back in US dollars similar to the pricing on Kayak:

Because the premium fare was only $170 or so more than the regular economy fare, I decided that I would buy that as you get a much better seat (46 inches of pitch vs 31), free meals and drinks, advance seat selection, etc.   However, when I clicked through to the booking process, there was a box that came up asking for a “campaign code”:

Assuming this was some kind of promo or discount code, I did a web search to see if there were any campaign codes out there that might save me money on this flight, but I didn’t find anything so I posed the question on social media.  One of my friends suggested that I try the Norwegian version of the site (norwegian.no).  I figured I’d give it a try and thought I might at least save a little bit of money based on currency conversion rates, but did not expect what I actually found.

As for the website itself, it may be slightly intimidating for someone who doesn’t speak Norwegian (as this version of the website does not offer any language choice other than Norwegian): 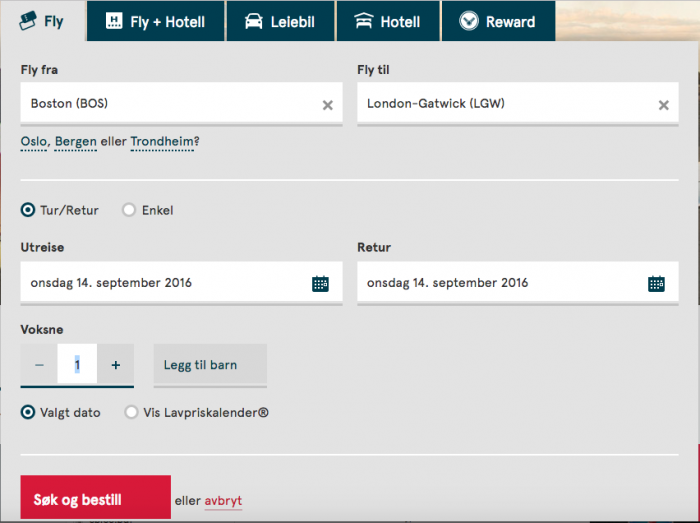 But with the help of the built-in Google Translate functionality in my Chrome browser, I was able to easily search and get pricing for the dates I wanted:

On the Norwegian site, the Premium class flight I wanted that was $569 on the US site came up here for 3645 NOK (Norwegian Krone).  I took advantage of yet another Google function to figure out the conversion:

So basically the same flight in the same cabin and class of service that I was going to pay $569 for I could buy for $440.  Sold!

One catch though… if you buy a ticket from the Norwegian version of site and pay by credit card, you’ll incur a 71 NOK (about $8.50) credit card surcharge fee:

As we’ve mentioned before, it’s always wise to “do your homework” and compare various foreign versions of travel sites, including airlines, hotels, and online travel agencies to ensure you’re getting the best deal.  Usually you may see slight differences having to do with exchange rates used, but once in a while, like in this case, going to the airline’s home country website saved me over 20% on the cost of this ticket.