It has been a rumor already for the past few weeks that British Airways would stop offering complimentary drinks and food on short-haul economy starting in January 2017 and seems that the British papers have now confirmed this (no denials from BA). 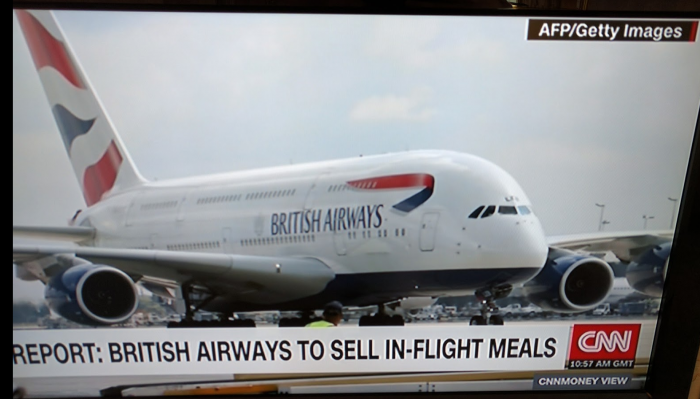 British Airways has already “enhanced” most of the short-haul food away and is experimenting selling snacks on its long-haul flights (read more here).

Here’s an excerpt from the Daily Mail (access the piece here):

British Airways is facing a backlash from passengers after teaming up with Marks & Spencer to charge passengers for food on short-haul flights for the first time.

The Mail on Sunday can reveal that the country’s flag carrier has struck a deal with the supermarket giant loved by Middle England to provide travellers with an upmarket range of sandwiches and snacks.

Experts predicted last night that the move by the UK’s biggest airline would anger loyal customers who are used to complimentary food and drink on all of its flights.

BA has always distinguished itself from its budget rivals by including meals in ticket prices, and passengers may complain the quality airline is going downmarket.

It will be interesting to see how passengers will react once they need to start paying for their food and drinks. Brits tend to be sometimes very “thirsty”. Also, what differentiates between full service and low cost airlines such as British Airways or Norwegian and EasyJet.

Air France, Lufthansa and Turkish continue offering complimentary F&B on their flights. Why would someone buy a long-haul itinerary on BA compared to other airlines that continue offering services on the short-haul segments?

You have to keep in mind that the current CEO of British Airways came from IAG’s Vueling subsidiary in Spain. Vueling charges for everything.